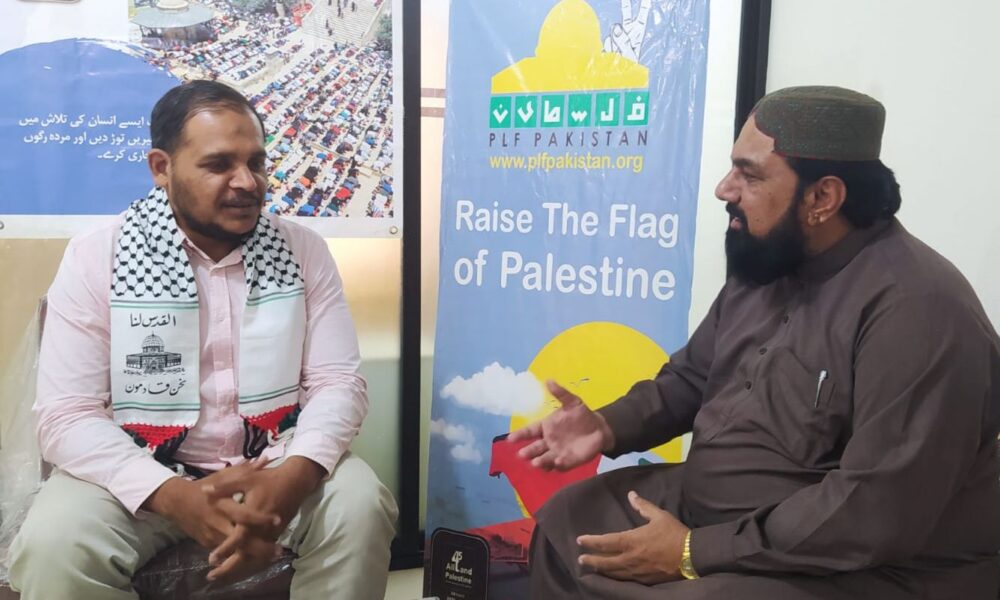 Karachi: Mufti Gulzar Naeemi said that due to the betrayal of some rulers of the Muslim world, the issue of occupied Kashmir has not been resolved today while on the other hand the Arab rulers are stabbing the Palestinians in the back by establishing relations with the Zionist state of Israel.

According to details, Mufti Gulzar Ahmad Naeemi, head of Jamaat-e-Ahl-e-Haram and head of Jamia Naeemia Islamabad met with Dr. Sabir Abu Maryam, Secretary General of Palestine Foundation Pakistan (PLF) in which the most important issues of the Islamic world including Palestine and Kashmir including Yemen, Libya. , Afghanistan and other Islamic countries discussed in detail.

Discussing the latest situation regarding Palestine and Kashmir, Mufti Gulzar Naeemi said that due to the betrayal of some rulers of the Muslim world, the Kashmir issue has not been resolved today. They are stabbing Palestinians in the back.

On the occasion, Secretary General of Palestine Foundation Dr. Sabir Abu Maryam said that the United States is sponsoring Zionist terrorism in Palestine and Indian state terrorism in Kashmir and is involved in sponsoring terrorist groups in Afghanistan.

Dr. Sabir Abu Maryam said that Israel is a fake state of Zionists whose conspiracies have spread beyond Al-Quds to the whole region including Pakistan and its competition is possible only with the unity of Muslims.

Jamaat-e-Ahl-e-Haram Mufti Gulzar Ahmad Naeemi praised the role of Palestine Foundation Pakistan and paid tribute to the struggle. He considered all possible steps for the promotion of mutual unity and solidarity through the struggle against the elements that spread anarchy in Pakistan and reiterated his commitment to continue the practical struggle.