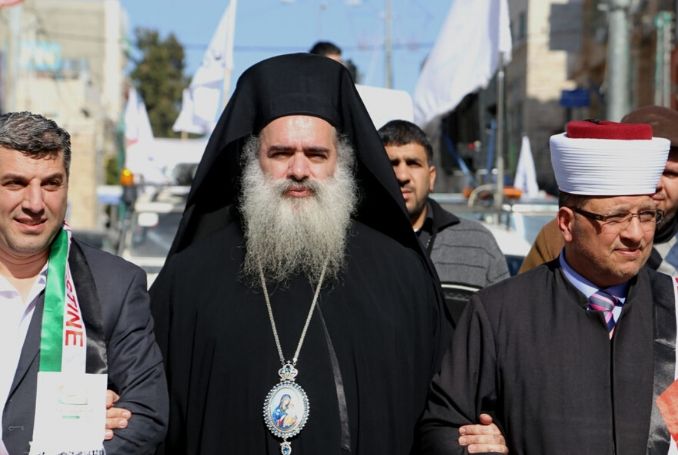 Archbishop Atallah Hanna, head of the Greek Orthodox Church in Jerusalem, said on Monday that Palestinians should not be optimistic about the upcoming visit of US President Joe Biden to the region as nothing positive will come of it, the Middle East Monitor reported.

Archbishop Hanna explained that some are “overly optimistic” about Biden’s visit as if he is coming to solve all the “non-intractable problems in our region”, adding: “I say to those who are concerned, do not be optimistic about Biden’s upcoming visit, so as not to get frustrated. Nothing will change in American policy toward our people, because the Zionist lobby rules America, even if presidents change and faces change.”

“Biden will not come to be a messenger of peace, harmony and love, but there are political and colonial interests for America in our region, and we all know that the American economy is based on the wreckage of other people, “

“So, they do not care that Iraq is destroyed, that Syria is drained, and that there is a conspiracy against Palestine as well as on other Arab countries,” Archbishop Hanna said.

“Do not expect good from America, for good is made by the sons of people that yearn for justice, and in Palestine it is our people who can do good through their unity and straightening their compass in the right direction in order to be strong in the face of the challenges that afflict us,” he added.

Biden’s scheduled visit to Saudi and Israel this month was postponed until July. No official reason has been given for the delay.