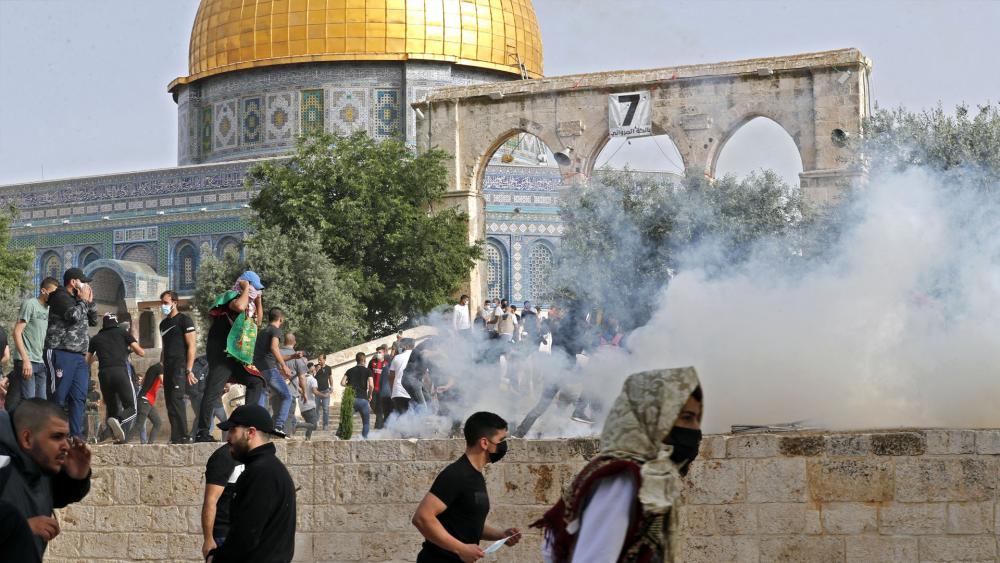 Brussels  – Belgian Federal Representative for the Labor Party, Nabil Boukili, has called on his country’s government and the European Union to take a clear position and condemn crimes against humanity, violent repression and the illegal occupation of Palestine by the apartheid state.

“Extremist settlers, protected by the Israeli occupation army, stormed al-Aqsa Mosque in Jerusalem, and there are more than 1,000 Palestinian worshipers in the middle of Ramadan, who are subjected to brutal attacks and are being pursued with rubber bullets and batons,” Boukili said in a statement.

Boukili added that the extremist settlers organized a “flags march” again in occupied Jerusalem, the same Israeli provocations that led to the war in May last year.

“All these Israeli violations, but what do we hear from the Belgian government and the European Union? Nothing but a weak concern in the face of an escalation without culpability,” Boukili said.

On Friday, dozens of Palestinians, including journalists and paramedics, were injured after large numbers of Israeli forces stormed the al-Aqsa Mosque compound and assaulted the worshipers inside it.