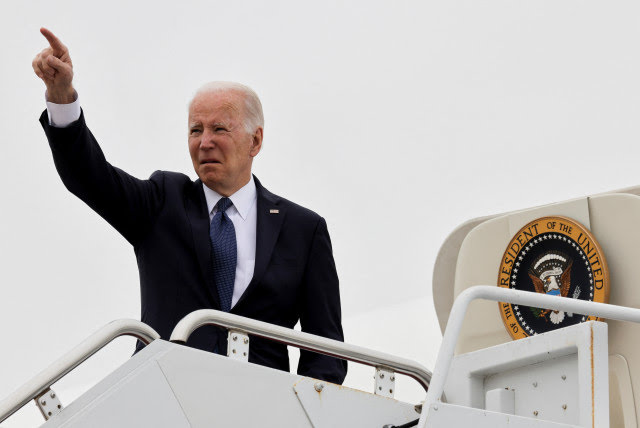 On July 13, Biden landed in occupied Tel Aviv on his first visit to the Middle East in his current role.

On Friday, for 90 minutes, the US President met Palestinian Authority President Mahmoud Abbas in Bethlehem.

What am I looking at?

These figures show the US’ policy toward the Palestinian people and what it perceives as their ‘rights’. While the US tries to remind the Palestinians of “the Israelis’ right to exist”, it completely ignores Palestinians with only 8:1 mention; explaining and indicating Jerusalem to be “the capital of Israel” alone.

Biden completely neglects the acts of terror the occupation carries out regularly against the Palestinians, and completely ignores the rightful and legitimate role of the Palestinian resistance. The major incident of the entire speeches is the absence of Shirin Abu Akleh’s murder before the Israeli occupation’s audience, and zero mention of ‘recommendations’ to protect the lives of the Palestinians.

“All information we have gathered … is consistent with the finding that the shots that killed Abu Akleh and injured her colleague Ali Sammoudi came from Israeli security forces” UN Human Rights Office (OHCHR) spokeswoman Ravina Shamdasani.
The US also states its complete and utter support for the Israeli occupation as a state that deserves to ‘defend itself by itself’.

While Biden declares offering the Israeli occupation the necessary weapons to ‘defend itself’, it does not indicate any form of support for the Palestinian resistance, that has the right, supported by the international law, to defend the Palestinian people.

“Resistance is the ultimate remedy when other means fail. If this was not the case then human rights would be rhetorical. The right to resistance can also be found in major documents such as the Universal Declaration of Human Rights and various UN resolutions on decolonisation and apartheid”, (Blunt, 2019).

Has anything changed since Trump? So far, the biased treatment continues. Trump relocated the American embassy to Jerusalem and shut down the PLO’s mission in Washington. Now that Biden’s Administration is in office, the embassy is still in Jerusalem and the mission is still closed down. What does this mean to the Palestinians? Only time would tell.