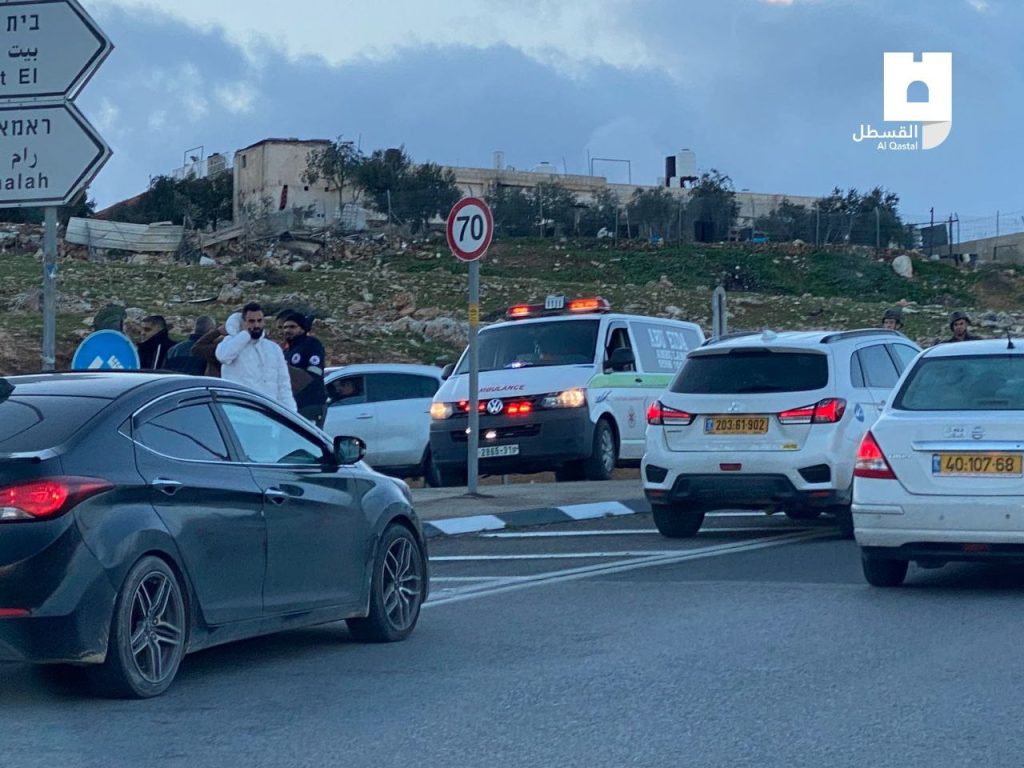 Occupied Jerusalem – A Palestinian youth was reportedly shot and injured by a colonial Israeli settler, near the village of Hizma, to the northeast of the occupied city of Jerusalem on Friday evening.

Local sources said an Israeli settler shot and wounded a Palestinian young man, who has been identified as Mohammed abu Khadeja, near the village of Hizam.

The young man was reportedly moved by the Red Crescent to a hospital to get urgent medical treatment.