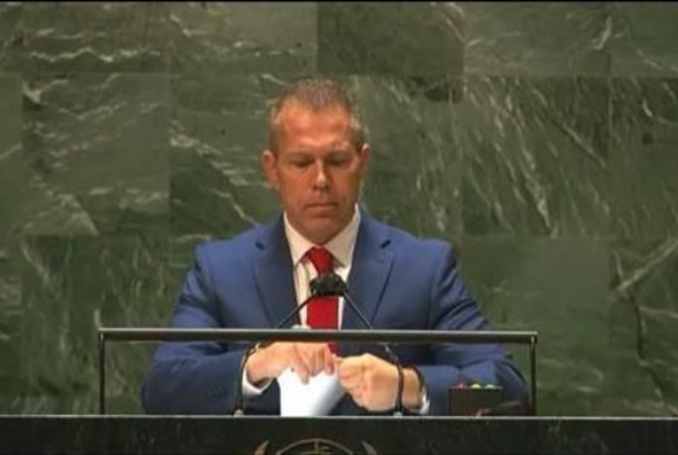 Israel’s ambassador to the United Nations, Gilad Erdan, has been elected to the position of the UN General Assembly’s vice-president, in a move that is set to grant Tel Aviv more sway over the institution, the Middle East Monitor reported.

As one of 21 vice-presidents in the UNGA, Erdan will begin his year-long role in September, when the Assembly gathers for its annual session, enabling him to chair meetings and be involved in the setting of those meetings’ agendas.

Erdan’s appointment to the position is predicted to grant Israel more influence within the UN as a whole, with Erdan calling it a valuable platform in the face of “ongoing lies of the Palestinians and others at the UN.”

He stated that “this triumph sends a clear message to our enemies that they will not prevent us from participating in leading roles at the UN and in the international arena. Hatred must never triumph over the truth. I won’t allow it.”

His appointment comes at a time when Palestinians and rights groups are increasingly requesting the UN to conduct investigations into numerous human rights violations committed by Israeli forces, the latest of which was the killing of the veteran Palestinian-American journalist, Shireen Abu Akleh, in Jenin last month.

Analysts and human rights groups now fear that Erdan’s new position will be used to further Israel’s impunity in the face of such violations and to provide it with even more influence and sway over the UNGA and its agenda.

Erdan is not the first Israeli ambassador to be appointed as the Assembly’s vice-president. His predecessor, Danny Danon was also elected to the role for the 72nd session of the UNGA back in 2017.