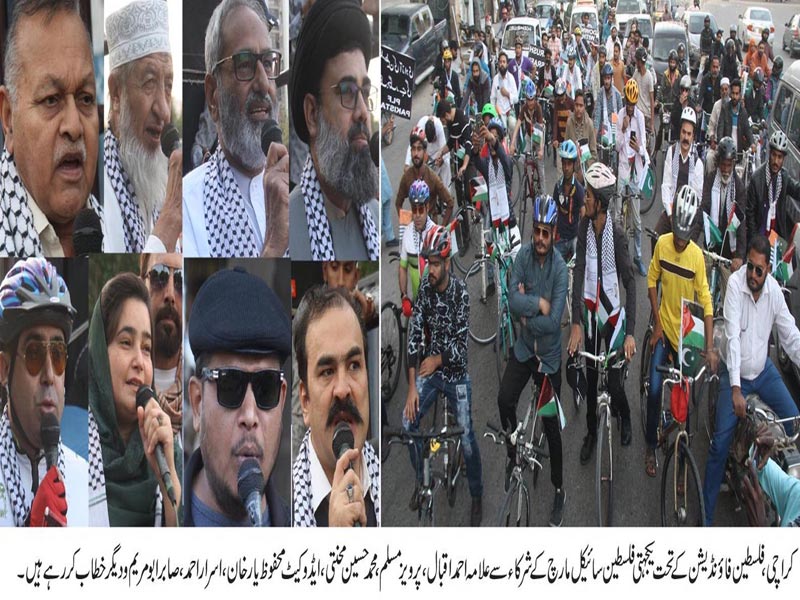 KARACHI: On the appeal of the Palestine Foundation Pakistan, international day or solidarity with Palestine was celebrated across the country on November 29. The central program was organized in Karachi city, “Ride For Palestine cycle rally” in from Nursery al-Faisal road to Karachi press club.

Addressing the Karachi Press Club, participants said that Palestine is the homeland of Palestinians. The Holy Spirit is the eternal capital of Palestine and no power in the world has the right to change the status of Palestine.

They called for the establishment of Palestine’s free and sovereign state, which borders on the 1948 basis, saying that Israel is a fake state and that Palestinians have the right to return to their homeland. They strongly condemned the Zionist Israeli and Indian aggression in Palestine and Kashmir, and called on the international community to take action against the brutality in Palestine and Kashmir. On this occasion, participants shouted slogans of the Death to US, and the crush Israel.