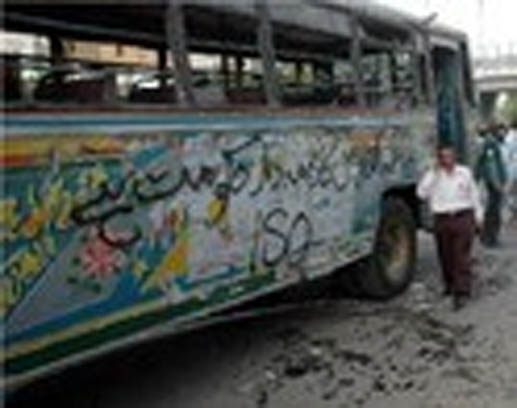 The death toll of a planted roadside attack on Al-Quds rally in Karachi rose to 3, when another injured of the bomb last succumbed martyrdom at local hospital in Karachi. The driver of private vehicle Nizamuddin was martyred in the private hospital, he was critically injured in the bomb blast targeted the bus carrying the participants of Al-Quds rally from Main University Road Karachi to central procession held at M.A.Jinnah Road.

Earlier two persons were martyred inthe incident of bomb blast, The deceased were identified as Maulana Manzoor Hussain, 30, and Imtiaz Ali, 25, however, 18 persons injured in the high intensity bomb blast. Police said about 2 kgs of explosives had been planted near the KESC substation to target a bus carrying people going to attend the Al Quds Day rally. The bus coming from Karachi University carried mainly students belonging to the Imamia Students Organisation.The bus, a car and some motorbikes were part of a small caravan going to the Numaish area for the rally.

DIG East Shahid Hayat said the car bore the brunt of the blast when the explosives were detonated by remote control.
The deceased were identified as Maulana Manzoor Hussain, 30, and Imtiaz Ali, 25.