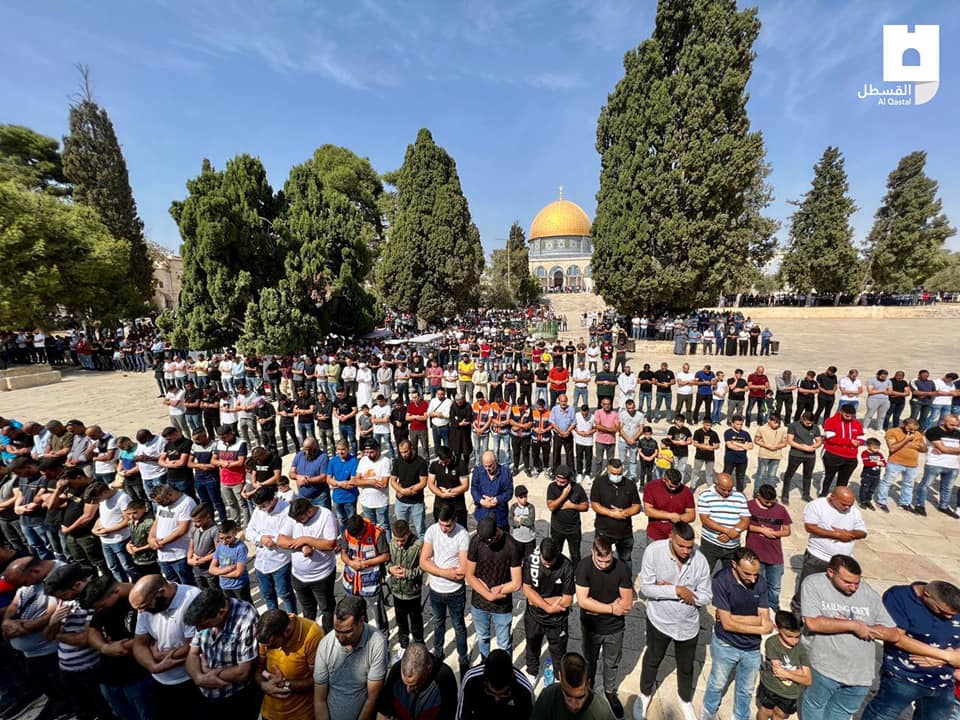 Occupied Jerusalem – 45,000 worshipers have performed Friday prayer at Al Asa mosque despite the Israeli restrictions and ban, according to the Directorate of Islamic Waqf.

The measures included ID searches and prevention from entry.