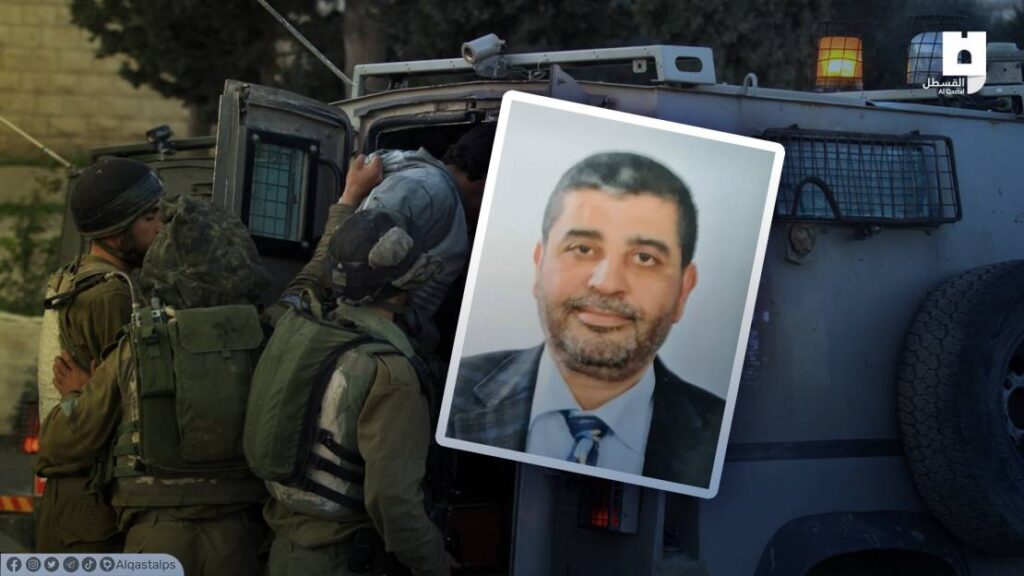 Occupied Jerusalem – The diabetic detainee Amin Shweiki has stopped taking medication in protest against his administrative detention. Israeli authorities have extended his detention for further four months only one day before its due date.

“Israeli forces arrested Amin on May 17 and decided to detain him under administrative detention for four months”, Amin’s wife, Hanaa’ Shweiki said.

“Only one day before his day of release, the occupation extended his administrative detention, which had a very hard effect on his psyche because he did not expect it. So, he decided to start escalatory steps.”

“Two days after Eid Al Fitr, Amin was arrested in a large-scale arrest campaign in Jerusalem following the events in Bab Al Amoud and the Sheikh Jarrah neighborhood and the war on Gaza. Most of those arrested were detained under administrative detention because there were no charges against them”, she added.

Shweiki added that the way how her husband was arrested was very brutal and inhumane. “He was beaten. He had fractures in his arm and ribs. They also attacked me and my daughters, unleashing canines to attack us.”

Amin had spent six years in Israeli jails in nine arrests the latest was in 2007.

“All through his detention, they had no charges against Amin”, she said. “The latest arrest in 2007 was for a very silly charge, which was distributing gifts for kids at Al Aqsa mosque.”

“Amin is a very successful and well-known trader in Jerusalem. His interests are focused on social relationships and he also likes gardening. He’s 61 years old, so he was spending most of his time at home.”