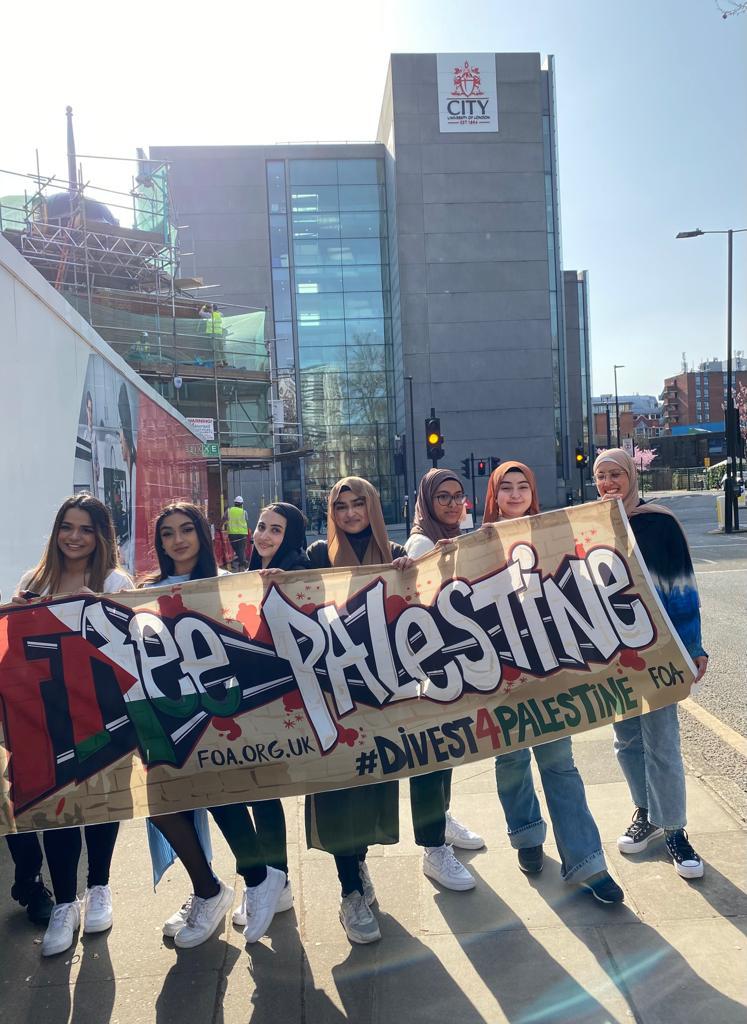 Occupied Palestine – Pro-Palestine students have called on more than 70 universities across the world to divest from companies supporting Israel’s occupation of Palestine.

The pro-Palestine students at over 70 universities across the world held demonstrations on Wednesday on campus.

Moreover, they have emailed their Vice Chancellors calling for a full withdrawal of investments in companies complicit in Israeli war crimes and apartheid.

The students have also focused on universities’ investments in companies such as Rolls-Royce, BAE, HP and Booking.com.

Rolls-Royce and BAE produce the weapons used to attack Palestinians living under blockade in Gaza.

However, HP provides the technology used at Israel’s checkpoints.

“How can our Vice Chancellor think it’s acceptable to invest money in companies involved in war crimes?” says Manal at Nottingham.

“There’s a lot of talk about ‘decolonising’, but we need to see some actual change if this is really going to happen.”

Sima at Warwick also says “as students at Warwick, we’re appalled that money from this campus goes into sustaining an apartheid state.”

“We call on our Vice Chancellor to divest from these companies without hesitation.”

Earlier this week, more than 25 prominent academics also signed an open letter to universities worldwide to divest for Palestine.

The academics signed the open letter coordinated by Friends of Al-Aqsa (FOA) and a coalition of university student societies across the UK.

The open letter is a part of the build-up to the International Day of Action that took place today.

Shamiul Joarder, Head of Public Affairs at FOA, says “the government is currently trying to suppress our freedom to boycott, divest from and sanction Israel (BDS).”

“But the #Divest4Palestine campaign shows that students and academics along with the rest of the British public are increasingly showing that they’ve got no tolerance for complicity in Israeli war crimes and apartheid.”

Moreover, the student action across the world has been united under the hashtag #Divest4Palestine on social media.