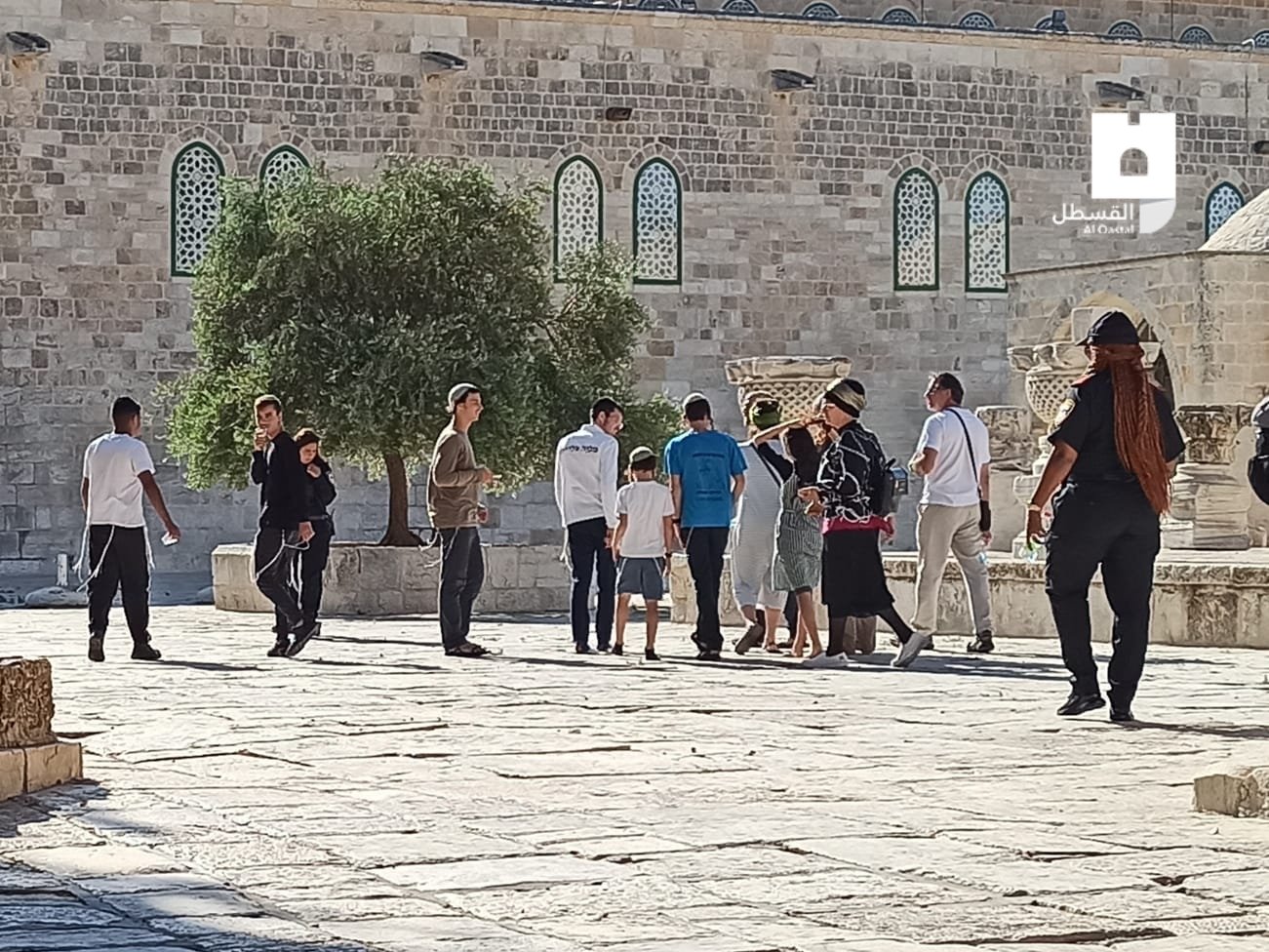 Under the occupation forces protection, dozens Israeli settlers break into the courtyards of Al-Aqsa Mosque during the morning break-in session.

The settlers entered through the Al-Mughrabi Gate and were provoking the Palestinian worshipers in the mosque courtyards by performing Talmudic prayers.