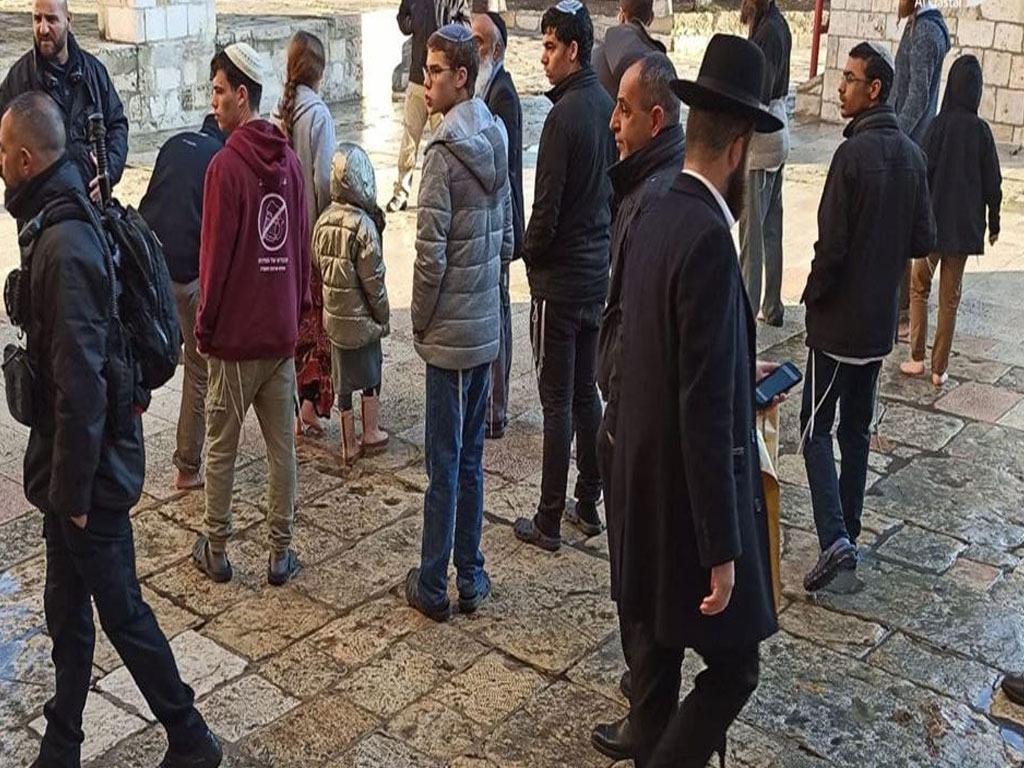 According to local sources, at least 228 of settlers entered the Mosque in different groups through its Maghariba Gate and toured its courtyards under tight police protection.

Students of religious institutes and government employees were among the settlers who defiled the Mosque in the morning tours.