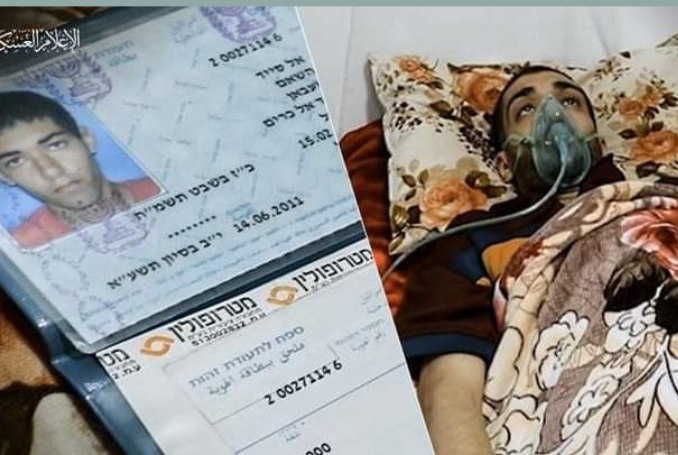 The military wing of the Palestinian political group Hamas released a video on Tuesday which shows footage of an Israeli soldier detained in the besieged Gaza Strip, Reuters, Aljazeera, and other news agencies reported.

In the past, Israel had insisted that the prisoner, Hisham al-Sayed had already died. Hamas’ al-Qassam Brigades, on the other hand, had asserted that some of the captured Israelis were alive. The recently released video by Al-Qassam’s ‘Shadow Unit’ caught many, including Israelis, by surprise.

Indirect prisoner exchange talks between Hamas and Israel have stalled in recent months. A major stumbling block was Israel’s insistence that it needed proof that the prisoners were still alive.

“The 39-second video showed a conscious man, lying in a bed with an oxygen mask on his face and ended with a close-up on what appeared to be an Israeli ID card bearing the name and photo of one of the civilian captives, Hisham al-Sayed,” Reuters reported. Hamas insists that al-Sayed is an Israeli soldier and not a civilian.

A TV screen located beside the prisoner’s bed shows recent images from an economic conference in the Qatari capital, Doha earlier this month.

“Hamas did not provide precise details about the captive’s condition after saying on Monday his health had deteriorated,” Reuters also reported.

The video was released shortly before the evening news broadcasts throughout Israel, to ensure that the news reported on the video, thus engaging the Israeli public.

Analysts suggest that the timing of Hamas’ video is meant to speed up a prisoner’s exchange during Israel’s current political transition. On June 20, the Israeli government decided to dissolve itself and push for a new general election next October.