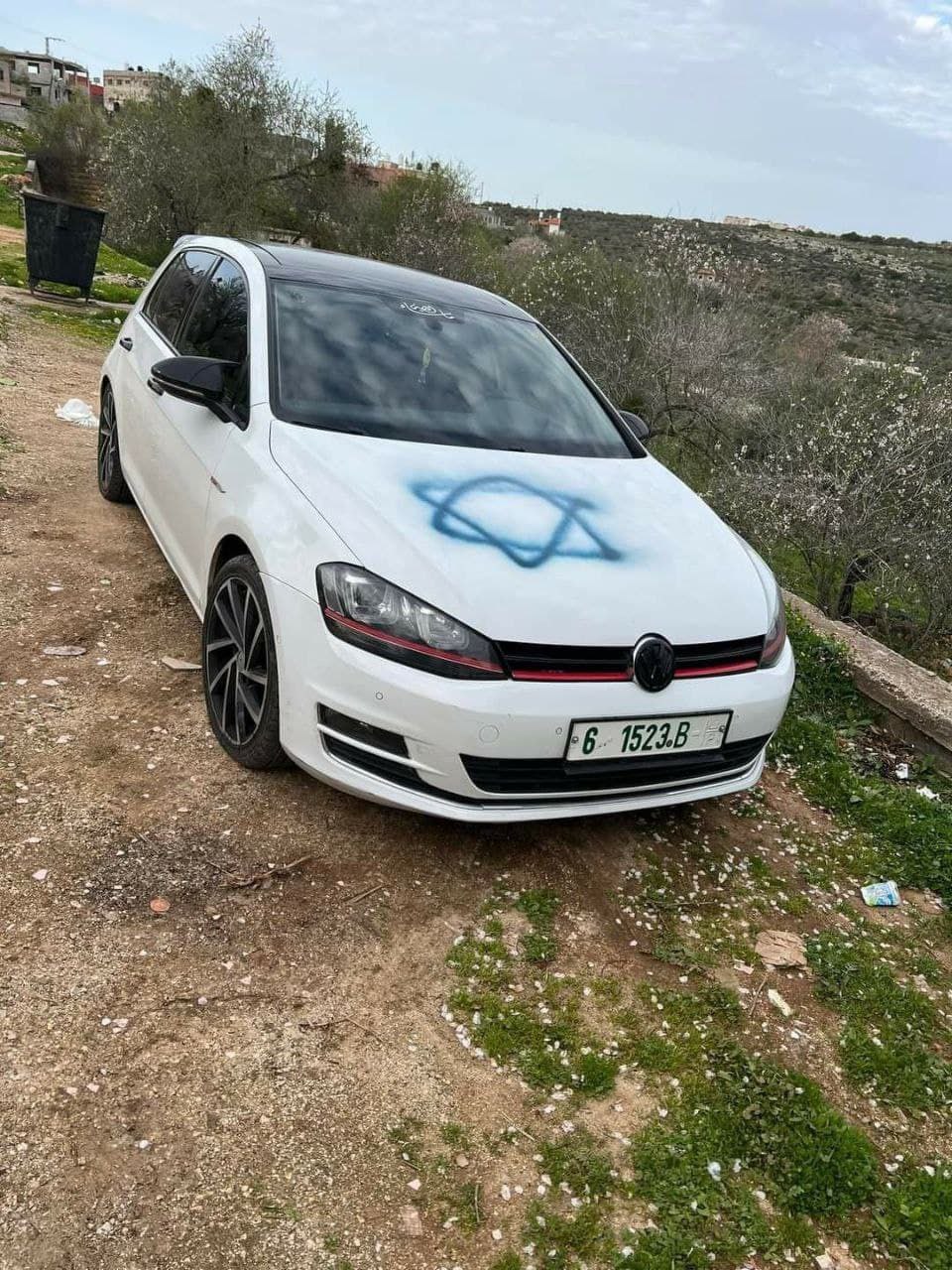 Local sources said that a group of Israeli fanatics sneaked into the village during the early morning hours, slashed tires of 11 Palestinian-owned vehicles, and spray-painted them and walls of houses with hate graffiti in Hebrew.

Pictures taken from the place of the incident shows the hate graffiti which the settlers spray-painted, including the star of David.


Incidents of vandalism and attacks against Palestinians in the West Bank are commonly referred to as “price tag” attacks.

Price Tag is an anti-Palestinian Jewish group that routinely attacks Palestinians in the occupied territories and the Green Line.

The Israeli occupation government still refuses to label it as a terrorist organization and considers it only as a group of vandals.

Of the 416 incidents reported between January and June of 2021, there were approximately 139 incidents of vandalism, stone-throwing, assaults and so-called price-tag incidents

The Israeli occupation authorities continue to confiscate more lands of Salfit in order to expand the Ari’el settlement and build dozens of new settlement units on the Palestinian lands.

The occupation authorities and its settlers seized more than 5,000 dunums in order to enlarge the Ari’el settlement and steal the lands of the citizens adjacent to it.

Ari’el is considered one of the largest settlements in the West Bank and it was built on thousands of dunums of Palestinians’ lands.

Salfit is choking from the large number of settlements and industrial zones on its lands, as they exceed the number of villages and towns of the city.