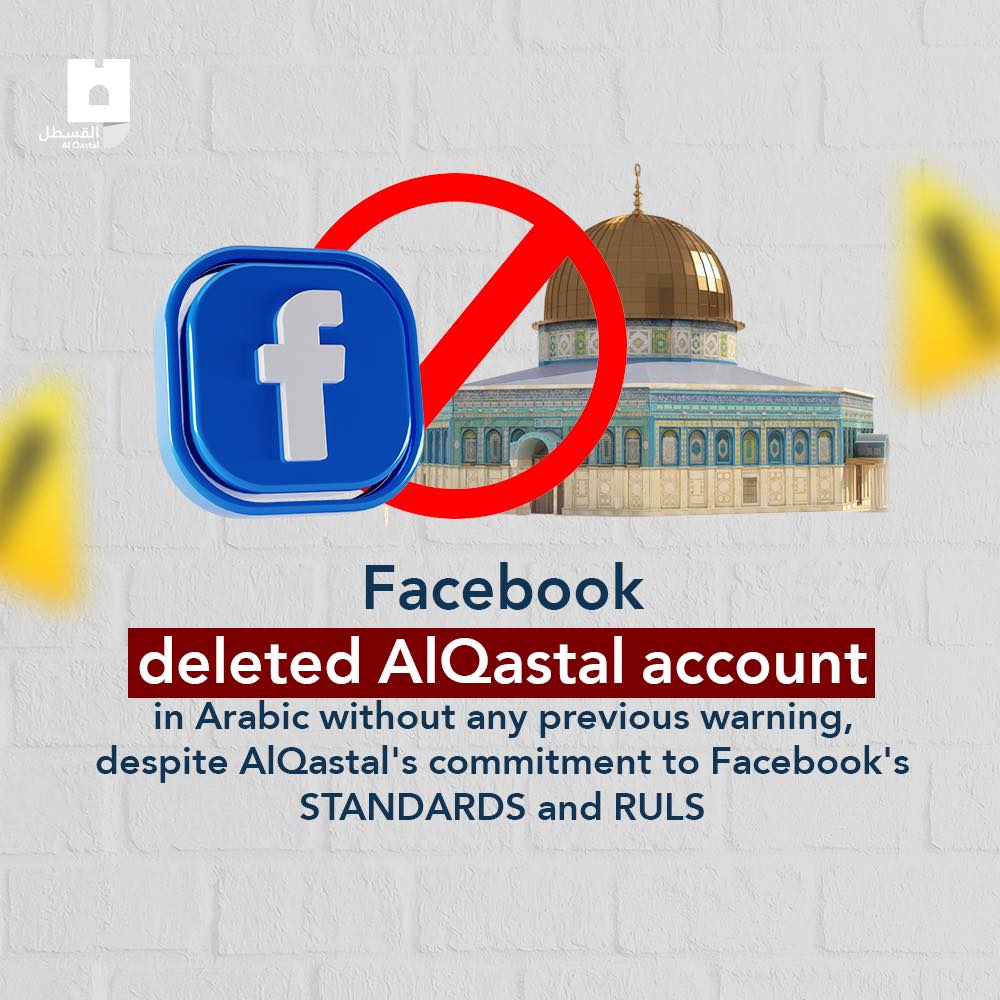 Occupied Palestine – Facebook has deleted the Arabic-language page of the prominent Palestinian news network of Al-Qastal for covering the events that took place in al-Aqsa Mosque on Friday.

“Without any introductions or notifications, the Arabic-language page of Al-Qastal news network on Facebook was suddenly deleted last night,” the news site said.

The Al-Qastal news network added that the deletion of its page was due to its extensive coverage of the events of occupied Jerusalem and Al-Aqsa Mosque, despite the strict adherence to Facebook publishing standards.

Facebook has proven that it is complicit in Israel’s crimes against the Palestinian people and Al-Aqsa Mosque Compound, as it blocks the voice of Palestine, it stressed.

“No one can block the voice of Jerusalem,” the prominent Palestinian news network concluded.

For years, the giant social media platform Facebook has been fighting the Palestinian content which exposes the crimes of the Israeli occupation against the Palestinian people.