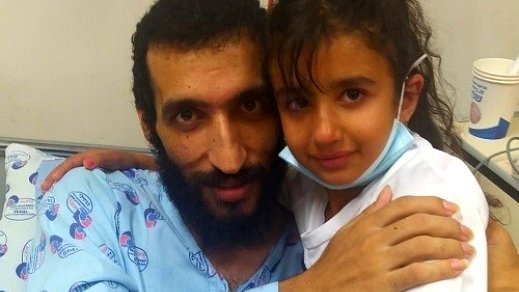 Occupied Palestine – The family of Kayed Al Fasfous said that they are concerned that Israeli authorities could kill their son through negligence. Fasfous (32 years old), a father of one girl, has been on a hunger strike for 102 days so far in protest against his administrative detention without any charges or trial.

“The condition of Kayed is very bad and he suffers from severe pains”, the family said.

The family added that suspending the administrative detention is only a misuse of law and a form of execution, which has no legal consequences.

It added that there is a clear Israeli decision to kill the hunger-striking detainees amidst the blackout of their medical conditions.

The family called for an international move to save the lives of the hunger-striking detainees.

The Prisoners’ Association had said today that the possibility of death among the detainees is increasing amidst the Israeli continuous rejection of ending their administrative detention.