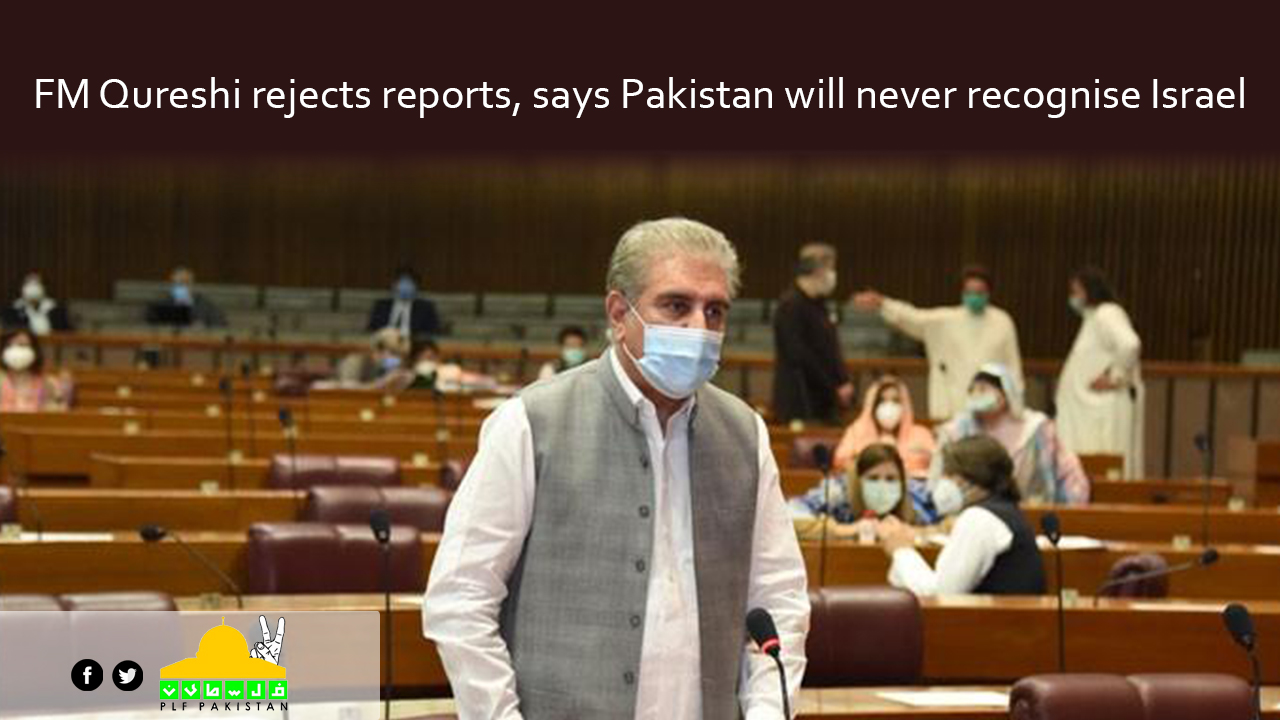 Qureshi, according to Radio Pakistan, strongly rejected the statements attributed to him and the prime minister about the recognition of Israel and said there is no truth in them.

“I want to make it clear that the rumours of recognising Israel are baseless and not true,” the federal minister said in his policy statement in the National Assembly, adding that Pakistan was and to date a supporter of the two-state ideology.

Reiterating that Pakistan, by no means, will recognise Israel under the influence of any Arab country, the foreign minister asserted that the incumbent government’s position on Palestine is the same as that of the former governments of Pakistan Muslim League- Nawaz (PML-N) and Pakistan People’s Party (PPP).

“We want a two-state solution to the Palestinian issue and demand that Al-Quds Al-Sharif should be the capital of Palestine,” FM Qureshi added.