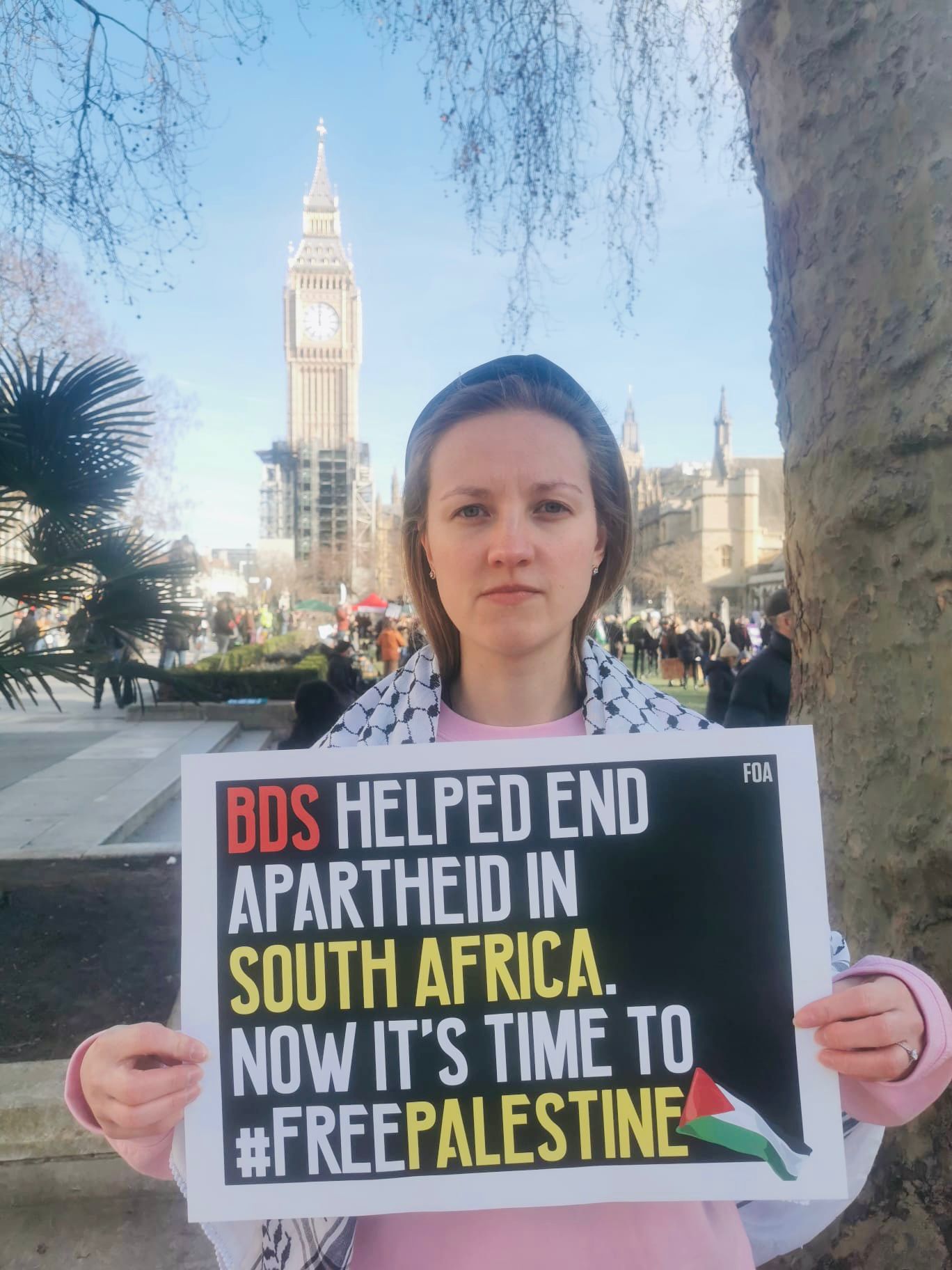 London – Friends of Al-Aqsa (FOA) slammed on Tuesday UK’s plans to prevent public bodies from participating in boycott and divestment campaigns, saying such plans will harm free speech in Britain.

Earlier on Tuesday, during the Queen’s Speech opening of Parliament, Prince Charles said the government will introduce “legislation [that] will prevent public bodies engaging in boycotts that undermine community cohesion.”

The move is apparently aiming at restricting support for the Boycott, Divestment and Sanctions (BDS) movement which aims to pressure ‘Israel’ to comply with international law and end its illegal occupation of Palestine through the promotion of boycotts and sanctions.

“The Boycotts, Divestment and Sanctions Bill will stop public bodies [from] imposing their own boycotts on foreign countries,” the BBC reported.

“In a free society, public bodies must have the right to make ethical choices,” the London-based group said in a statement, adding it is “extremely concerned” by the legislation.

In the case of Palestine, FOA noted, “boycotts, divestment and sanctions (BDS) is a peaceful movement calling on Israel to comply with international law and end its illegal occupation of Palestine.”

“Recently, we have seen the power of BDS with Russia’s invasion and occupation of Ukraine – we must now see the same for Palestine.”

“The right to boycott, divest from and sanction those who abuse human rights and fail to comply with international law must be upheld.”

“FOA remains committed to protecting the right of public bodies to make ethical choices through BDS.”

FOA is a UK-based campaigning organization concerned with defending the human rights of Palestinians and protecting the sacred al-Aqsa Sanctuary in Jerusalem.