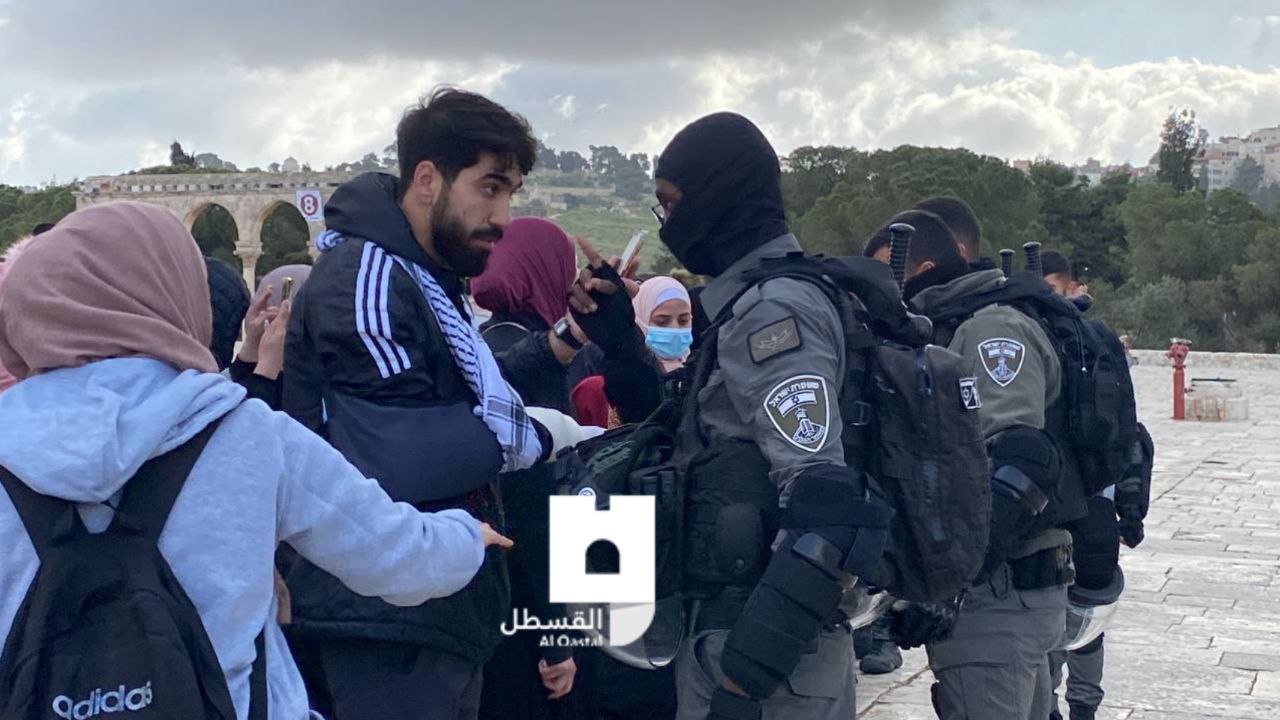 For the fourth day in a row, at around 7am, local sources reported, dozens of Israeli forces raided the holy site.

They attacked, beat, and chased the worshipers in the courtyards of the mosque, including women and children, in an attempt to empty the mosque of its worshipers in order to secure the entry of the colonial settlers to the holy site to mark the fourth day of the so-called Passover holiday.

They also surrounded women in front of the Dome of the Rock, and forcibly removed Palestinians and journalists from the mosque’s courtyard to clear the way for the settlers.

Local sources said three Palestinian worshipers were injured in the Israeli assault, including two were hit with rubber-coated metal bullets in the hand and chest.

During the raid and in the aftermath of the atack, around 1180 Israeli settlers stormed the holy site and performed provocative Talmudic rituals, under heavy protection from the armed forces, according to Al-Qastal. They entered the mosque through the Al-Mughrabi Gate which is under full-Israeli control.

This is the fifth raid and aggressive assault to be launched by the Israeli occupation forces since last Friday and for the fourth day in a row.

On Tuesday, however, 622 Israeli settlers stormed the holy site.