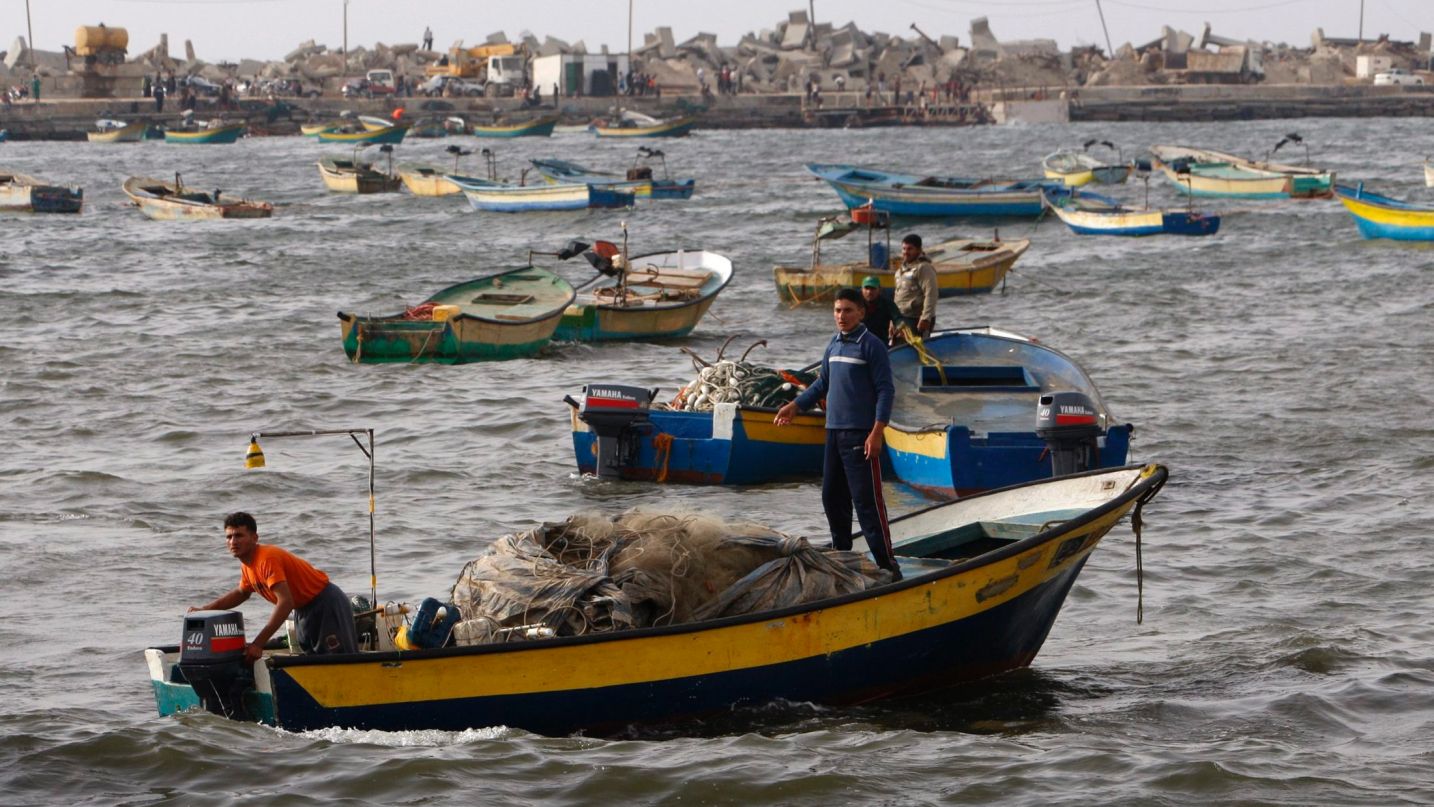 As International Workers’ Day approaches in the besieged Gaza Strip, the precarity of the fishing industry evokes a sense of persistence and insistence amid obvious anguish and hardship.

Fishing along the blockaded coastal enclave is one of the most dangerous professions in the world, as fishermen can come under Israeli gunboat fire at any time. Fishermen are not allowed to travel beyond three nautical miles from the shoreline, even to feed their families. The Israeli occupation navy actively patrols the fishing areas in the sea lanes bordering Palestine, maintaining the blockade by sea as well as by land.

One of the most common tactics the Israeli regime employs against fishermen is the continuous manipulation of the allowable fishing distances, greatly impacting the fisheries, dwindling their ability to provide even subsistence quantities. Fishermen are regularly harassed and subjected to deliberate murder by the Israeli occupation navy for violating arbitrary, ever-shifting naval boundaries.

According to Al Mezan Centre for Human Rights, from 2021 to 2022, three fishermen, Mohammad Hijazi Lahham, 27, his brother Zakariya Hijazi Lahham, 24, and Yahia Mustafa Lahham, 29, all members of the same family, were murdered in the destruction of their boat by a large explosive device placed in the sea by an Israeli drone.

According to the Ministry of Agriculture, under 2,000 people are registered for daily permitted work in the fishing industry. According to the ministry’s statistics, other fishermen beyond the numbers of permitted daily workers are employed intermittently, about once a month, due mainly to the inability to cover the operational cost of fishing boats and a lack of safety equipment.

Despite the vulnerability of the fishing industry, the fisheries still hang on, mostly because it’s the workers’ chosen profession. Muhammad Bakr, a fisherman, shares: “I love the sea and its smell. It’s an indescribable thing. I spend long hours in the sea without getting bored.”

Next to him sits the elderly Majdy Al-Amoudi, who has been working as a fisherman for 60 years.

He picks up fishing lines while explaining: “I grew up between the boats, and fish is still my favourite meal. I eat it daily in the morning; that’s why I enjoy good health and strong teeth.” He laughs and then stays silent for a while, sighing, then picks up the lines again and talks about some of the challenges he faces at sea: “My boat was shot at by occupation naval gunners, and the boat was damaged. It’s a miracle I survived.”

The fishing sector in Gaza needs support to increase its production. Director-General of the Ministry of Agriculture Walid Thabet estimated the volume of fish production in the Gaza Strip during 2021 to be about 3,500 tonnes, reporting that sardines comprised the highest percentage of the total production, accounting for nearly 60 per cent. In his annual report, Thabet confirmed that the annual per capita share of fish production in Gaza is estimated at two kilograms, which is a small amount compared to other countries, due to the limited allowed fishing distance in Gaza. The other 40 per cent of fish vary between scallops, shrimp and calamari, Thabet confirmed.

In light of this, Palestinians are on the search for alternatives to improve and rescue the floundering industry. Thabet revealed that they are seeking to establish a new fish market, increase fish farming projects, cooperate with international institutions to repair damaged boats and increase the number of fishermen workers. These steps would contribute to revitalising the fishing movement at least within the area allowed for fishing until a solution is reached with the Israeli occupation to resolve the deep-rooted crisis since 2006.

As for the search for alternatives to compensate for the decrease in fish production, many fishermen have resorted to fish farming projects, which depend on raising fish fry in large ponds up to three metres deep, filled with seawater through special wells.

The owner of one such project is Nabih El-Sayed from Gaza City, who says that he began implementing his project three years ago. Now he has six ponds and successfully provides 20 per cent of the production to the local market. It specialises in bream farming, which has become popular in the impoverished Gaza Strip.

Nizar Ayyash, head of Gaza’s Palestinian Fishermen’s Union, stressed the importance of fish farming projects in fighting unemployment among fishermen. On the one hand, they are facing the crisis of the naval blockade with few possibilities for relief, and on the other hand, large ponds require a large budget, which may rely on funds from international donors.

The continuity of fish farming projects faces many obstacles, including the ongoing crisis of power cuts for extended periods of time, the lack of necessary materials and equipment and the high prices of feed. These challenges increase the financial burden on farms leading to high production costs.

Atmospheric depressions are considered excellent opportunities for fishermen, as the waves throw off copious amounts of fish. Thus, the winter season is the best season for fishermen, with the most common types of fish caught in this season being anchovies and sardines.

Recently, the Union of Agricultural Work Committees and the International Foundation announced projects to restore and maintain fishing boats. So far, restoration has begun on 100 fishing boats, bringing them up to operation capacity for use at sea. These humanitarian initiatives are considered an excellent opportunity for fishermen, as some boats have been idle for decades. From here, the boats will help provide job opportunities for fishermen and a livelihood for their families.

Since 2012, fishermen have not been able to manufacture any new boats, lacking necessary parts and materials as a result of the illegal occupation blockade. According to recent statistics, there are 4,000 fishermen in the Gaza Strip and about 1,800 marine boats operating in increasingly restricted space. Ninety per cent of available fishing marine engines are not working due to targeting and destruction by the occupation navy. The breakdown of these boats is due to weather and marine factors, collisions with marine rocks and other hazards, including being targeted by the Israeli occupation navy.

Forty boats have been in accidents or have capsized in the Gaza sea since the beginning of 2022, mainly due to engine failure resulting from a lack of maintenance, leading to the deaths of two fishermen and dozens more injured. Nizar Ayyash also stated that Gaza has 100 large boats powered by truck engines, which have been used as an alternative to fishing boat motors, often resulting in capsizes at sea, posing a great danger to the lives of fishermen.

Despite the danger, fishing remains a vital industry in Gaza’s economy, so restoring safety and expanding access for fishermen is imperative for revitalising the besieged Gaza Strip.