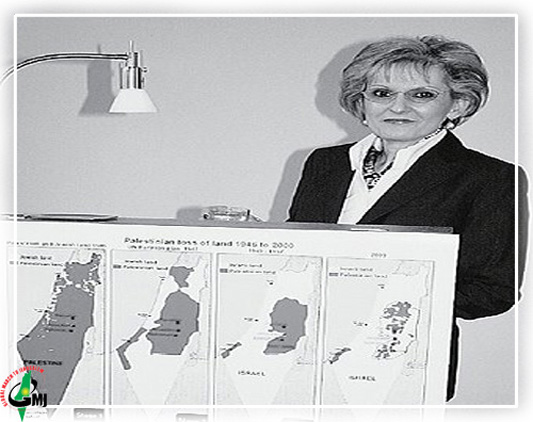 Evelyn Hecht-Galinski, a prominent publicist and daughter of the former president of the Central Council of German Jews, addressed the meeting and pledged her support for the GMJ. She stressed the necessity to overcome Zionism all together and called for one common democratic state for Arabs and Jews. She is considering to participate in the march as well.The Lutheran priest Jochen Vollmer criticised the unabated and biased support by the churches for Israel regardless of the blatant violations of human rights by this state. The quest for peace means also to defend the legitimate rights of the Palestinian people, he said.Several prominent people from those three countries have publicly stated their endorsement so far: Annette Groth, member of German parliament for the party „Die Linke“ who already has been on board of the Gaza flotilla. Felicia Langer, the German Jewish lawyer and human rights activist, laureate of the German „Bundesverdienstkreuz“ and the Palestinian medal for special merits. Viktoria Waltz, professor emeritus for land-use planning with the university of Dortmund. One of the first to take up the initiative was Leo Gabriel, an Austrian journalist and anthropologist, as well as member of the leadership of the World Social Forum. In Switzerland there has been the former leader of the Social democratic parliamentary fraction Franco Cavalli to break the ice.For those people who will not be able to participate in the march, solidarity rallies will be staged on the day of the land, March 30. Though preparations just started following cities might see action: Berlin, Freiburg, Stuttgart, Heidelberg, Duisburg, Vienna and Basel. More are to be announced.