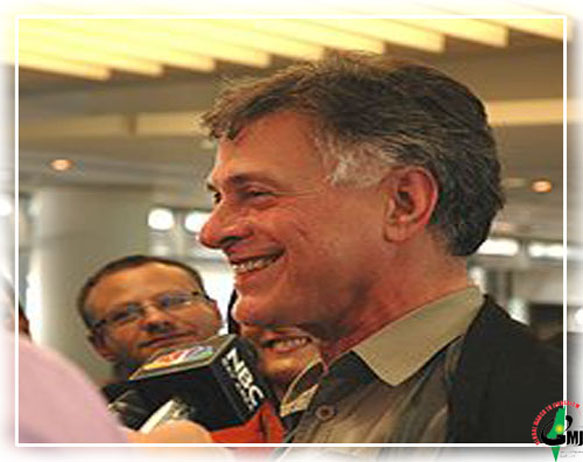 Paul Larudee: Today, the world has a chance to stop an ethnic cleansing project in Jerusalem that has been under way since at least 1967, and, in the larger context, for more than a century.

The fact that the city is sacred to 4 billion Christians, Muslims and Jews seems to have made little difference.  In fact, the West – and especially the U.S. – have been accomplices in this crime.It is called “Judaization,” which apparently does not carry the same stigma as “apartheid,” “ethnic cleansing,” “segregation,” and other terms that have been used to describe the elimination of one people in favor of another.  It should.  Racist policies by any name are equally despicable.Unfortunately, racism against Palestinians is protected by law and even encouraged in Jerusalem today.  Most of the city’s housing is off limits to them, and the remaining Palestinian property is routinely denied building permits and adequate public services.  Many of the existing homes are under demolition orders.Israel makes no secret of its definition of “Judaization.”  Its stated goal is to reduce the percentage of Palestinians in Jerusalem from 37% to 30%, and preferably even less.Population reduction?  Ethnic cleansing?  The difference isn’t even semantic, and there’s no way to do it that respects human decency.Thus, when “archaeological digs” undermine the foundations of Palestinian homes in the Silwan section of the city, demolition orders are issued, rather than building permits to shore up the houses.  No need to reflect on where the inhabitants will go, as long as the Palestinian presence is diminished.Besides, Israel considers Palestinian inhabitants merely “residents” and not citizens, whether the families have lived in the city a hundred or a thousand years, while Jewish immigrants are welcome if they came only yesterday.  It then expels thousands of these unwanted “residents” every year by denying them work and education and then finding that their work and education outside the area no longer entitles them to live in the city.Israel also builds illegal subsidized Jewish-only housing on Palestinian land by first confiscating the land, then offering it to Jews on attractive terms, while denying it to Palestinians.  Next, a wall is built, effectively separating the preexisting Palestinian communities from the rest of the city, and making it difficult or impossible for them to go to the jobs, schools and family members that used to be only a few steps away.Finally, the mayor of the city, Nir Barakat, announced on Dec. 26, 2011 that he was effectively disenfranchising 70,000 Palestinians living on the “wrong” side of the wall, by revoking their Jerusalem “residency” with the stroke of a pen.  Such is the creativity of Israel’s ethnic cleansing techniques (and of the choice of date for such announcements).In this case, however, the world has decided not to look the other way.  Hundreds of community organizations in dozens of countries spanning the globe have decided to participate in a massive Global March to Jerusalem on March 30, 2012.  The march is being organized by Palestinians and their supporters representing communities throughout all of Palestine, the surrounding countries and the diaspora, with participation by solidarity organizations around the world.  It commemorates Palestinian Land Day, when Israeli forces killed six Palestinians, wounded more than 100, and arrested hundreds more in 1976, while they were peacefully protesting the confiscation of thousands of dunams of Palestinian land from Palestinian citizens of Israel.
The intention is to march from many starting points and converge on Jerusalem, either reaching that destination or getting as close to it as possible.  Although nonviolent resistance has a long history in Palestine, this is the first time the entire Palestinian community has mobilized in a massive nonviolent action since the Palestinian general strike of 1936.Is this the equivalent of a Palestinian Tahrir Square? Or a civil rights March on Washington?  History will be the judge, but a key element will be the support and participation of solidarity groups throughout the world.  Accordingly, regional associations have been formed in Europe, Asia, North America, Africa and other regions.  These associations are helping to form delegations that will participate side by side with the marchers in Palestine and neighboring countries, and will facilitate marches and demonstrations in the major cities of their home countries.  Many of them have established regional websites and social media to coordinate these functions.
The dream of the Palestinian nonviolent resistance movement has been an irresistible sea of humanity exercising its rights in defiance of all efforts to stop it.  Neither the organizers nor the participants expect that all of the participants will reach Jerusalem on the first try, nor that Palestinian rights will suddenly be realized on the day following the march.  However, we are hopeful that it will mark a major shift toward an inexorable popular demand to restore all human rights for all Palestinians and to put an end to the “Judaization” ethnic cleansing project in Palestine that has stained human history for more than a century.