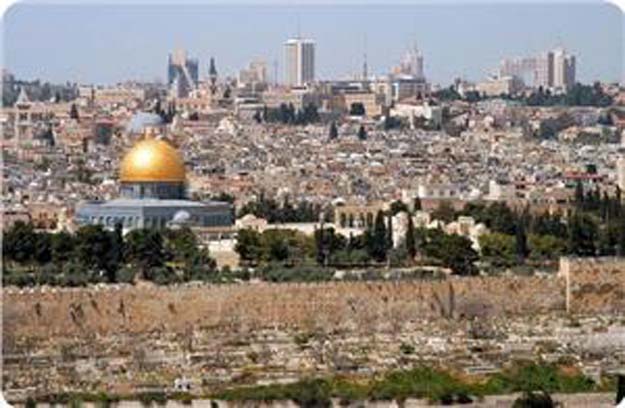 Israel is gradually destroying al-Aqsa mosque in Jerusalem, also known as al-Quds. Al-Aqsa mosque is the third holiest site in Islam and is located in the old city, inside the Haram al-Sharif compound, the only site in the world where the prophets from Judaism, Christianity and Islam all performed prayer.

And yet today Israel is starving Al-Aqsa mosque of its Muslim worshipers, excavating beneath its foundations and allowing an increasing number of Jewish extremists onto the site. Furthermore, Jewish groups in Israel have drafted architectural plans to build a synagogue next to the site, a shrine on the site and eventually to demolish al-Aqsa mosque and the Dome of the Rock to construct what they call the “Third Temple” on the site.

The violations against al-Aqsa began when Israel made it impossible for Palestinian Muslims in Gaza to come for prayer at the mosque, then impossible for most Palestinian residents of the West Bank to visit. Occupation forces periodically close off the grounds surrounding the mosque and prevent even Muslim Palestinian citizens of Israel from praying there. Many have been forced to pray in the streets outside. It is next to impossible for Muslims around the world to visit.

This is consistent with Israel’s policy of “Judaization”. Israel wants Jerusalem to cease being the historically tolerant and cosmopolitan home to the three great branches of monotheism: Judaism, Christianity and Islam. Israel’s racist policies aim to eliminate everything non-Jewish from view, including not only al-Aqsa mosque but also the Church of the Holy Sepulchre, to which it is reducing access by Palestinian and other Arab Christians.

We ask The Elders, with the support of the entire world, to intervene and to prevail upon the world’s great powers to end the occupation of the holy city, and in the meantime to compel Israel to allow full access by Palestinians and all the world’s worshipers to all the holy sites in Jerusalem. While the UN defines al-Aqsa as being in occupied territory, it has never taken the necessary action to protect it. We fear the consequences of continued inaction and we pledge to defend al-Aqsa and all the holy sites in Jerusalem, al-Quds.