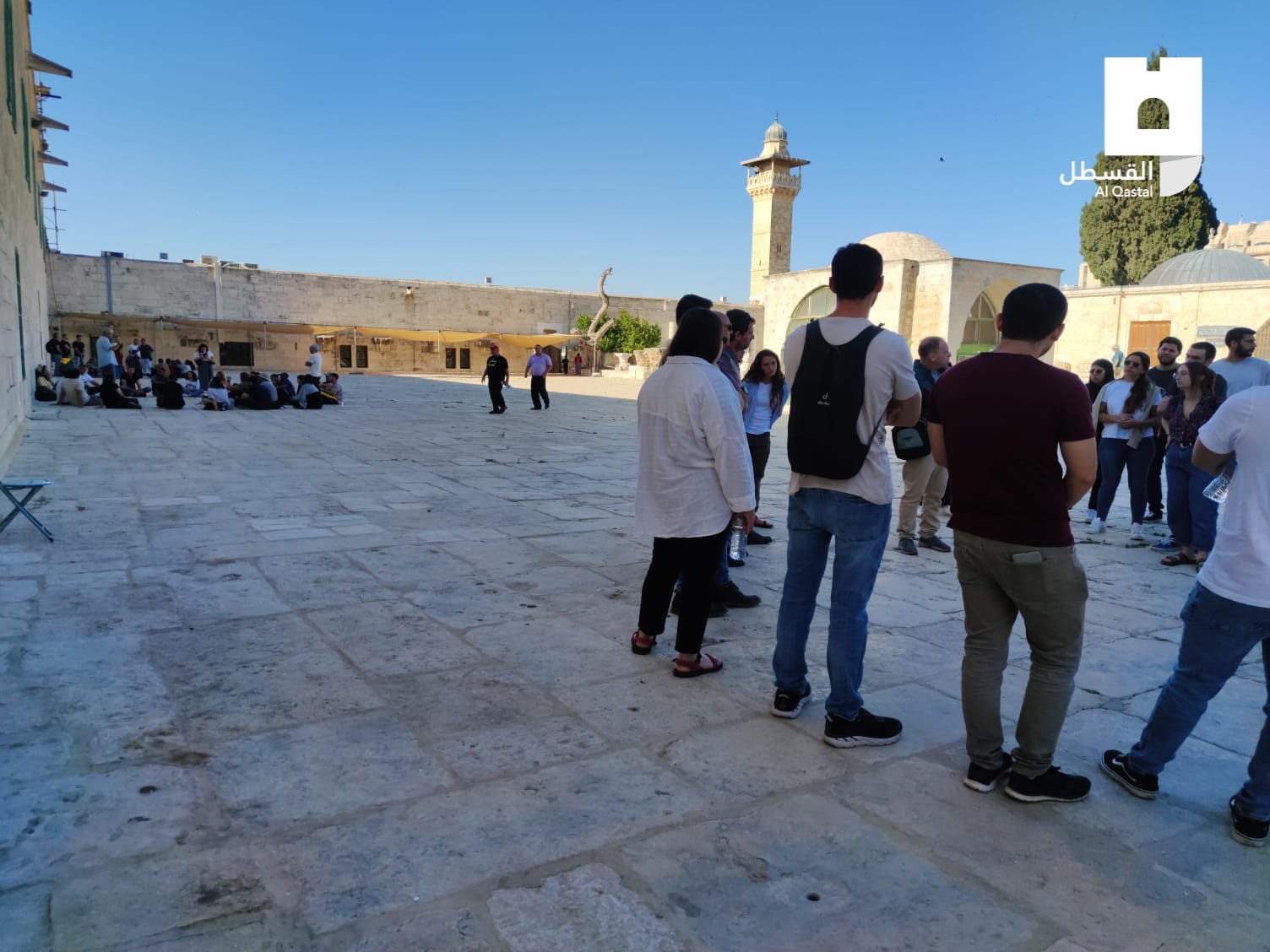 While being guarded by well-armed Israeli forces, the settlers stormed the holy site, earlier today, through the Mughrabi Gate, one of the Gates of the Old City of Jerusalem and is under full-Israeli control. They performed provocative Talmudic rituals in the mosque’s courtyards before leaving through the Al-Silsila Gate.

The settlers break into the mosque in two sessions, the morning and afternoon.