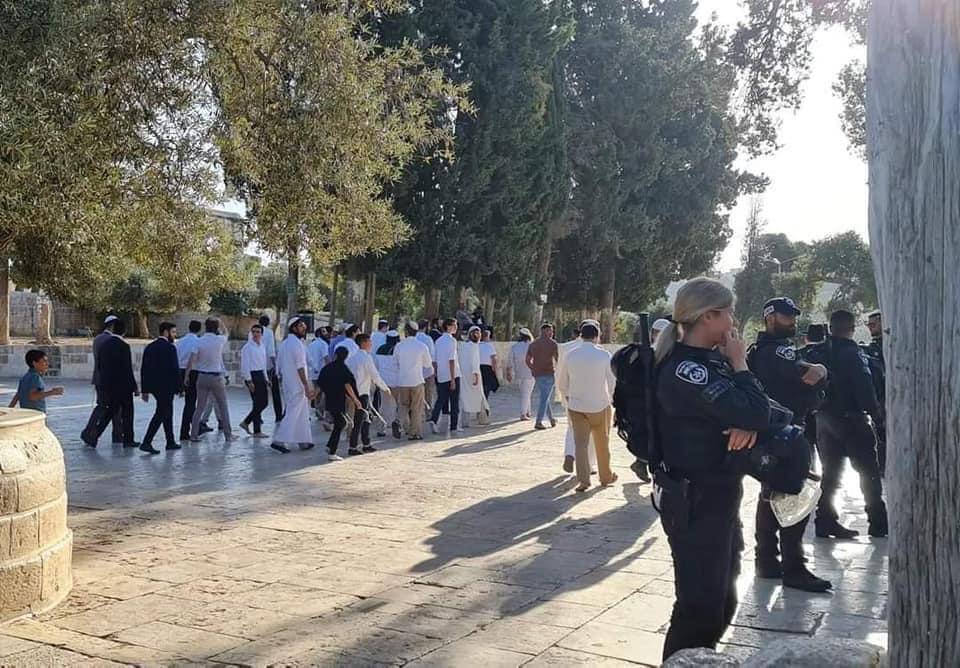 Local sources reported that about 500 colonial settlers broke into the holy site compound from the early morning hours to mark the Jewish holiday of the “Feast of Weeks” while being protected by dozens of heavily-armed Israeli forces.

To secure the settlers’ provocative raids to the holy site, the Israeli forces stormed the site, assaulted large numbers of Muslim and Palestinian worshipers and blockaded dozens of worshipers inside the prayer halls.

Soon after, the Israeli settlers broke into the holy site in groups as they entered through the Mughrabi Gate, one of the Gates of the Old City of Jerusalem and is under full-Israeli control.

The settlers performed Talmudic prayers, sang and danced in a provocative way at the courtyards of the Compound.

Local sources reported that the settlers also performed the epic prostration in the courtyards of the holy site.