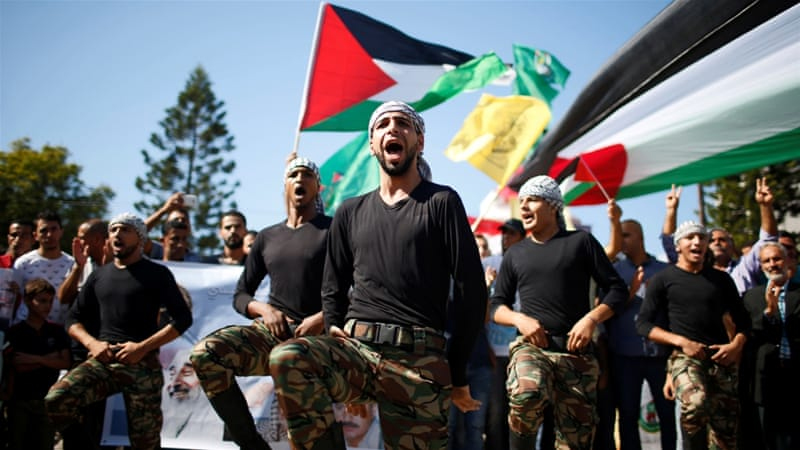 ( PNIC) Why should Islamic Resistance Movement (HAMAS) to be formed and emerged in December 1987 (33years ago) on the soil of Palestine? And what if there was no HAMAS?

The essence of the movement was to correct what she believed a derailed track of the Palestinian struggle, that adopted by previous Palestinian leadership. This is by itself a recipe of hard and thorny path that the leadership of HAMAS had to accept. The “Israeli” enemy is tightening every walk of life for the Palestinians rather enjoying suffocating their life through different colonial harsh methods, detaining youngsters and senior citizens, torturing and terrifying children, cutting roads, villages and cities with permanent and mobile check posts and barriers, destroying private properties of original dwellers, striping many of the citizens from their basic human rights to move and travel, altering the historical identity of many cites, shrines and monuments by force, moving people to enforce new demographical realities on the expense of the fundamental civil rights of the original inhabitant of the areas who were there for centuries etc. in many actions reminding us with the colonial ages after the first world war. On the other hand, we witnessed two different phenomena that more complicated the situation. One) the international community turn to be paralyzed to stop the “Israeli” atrocities rather they were biased in most of the situations either through continuous American use of veto to fail any measures against the carnages of “Israel” against Palestinians, or through adopting the fabricated narratives and blackmailing of “Israel” and Tow) for the irony predicating new theme of settlement called “peace process” that has nothing to do with Palestinian rights rather liquidating their issue and empowering the “Israeli” colonial who has never even showed any respect to such a process.

HAMAS came to say, “Its enough!”. Enough suffering of our people and enough that the “Israel” enemy always go with all impunity whenever perpetrate any crime against our people in Palestine.

HAMAS propose a new theory that we may name it a “wise and responsible resistance “. Keeping in mind the real- world paradigm that maintain the exchange process between the map and territory, HAMAS makes use of her experience in understanding the need and desires of the nation, the nature of the enemy and the international dimension of the issue; she theorized the concept of holistic approach of resistance and translate it into effective practices that entailed all aspect of good governance and fighting to regain the legitimate rights of the Palestinian people.

Hence, knowing what is going on then moving forward with rational approach to ensure a good future for the Nation.

For that the proper and effective method embraces by HAMAS was to use productive tools and that can be summarized as following:

In the occasion of the 33rd anniversary of establishment of HAMAS, it needs to emphasize that the sufferings of our people in Palestine is doubled due to the continuous careless attitude of the international community. The Covid19 pandemic and the occupation look that have no rationality. We need to engage more in a serious solution that the “Israeli” enemy needs to be pressurized enough to abide by the World norms of justice. Other wise the cycle of escalation and de-stability will continue to be fueled by the continuous injustice and oppressions. THIS IS NATURE!