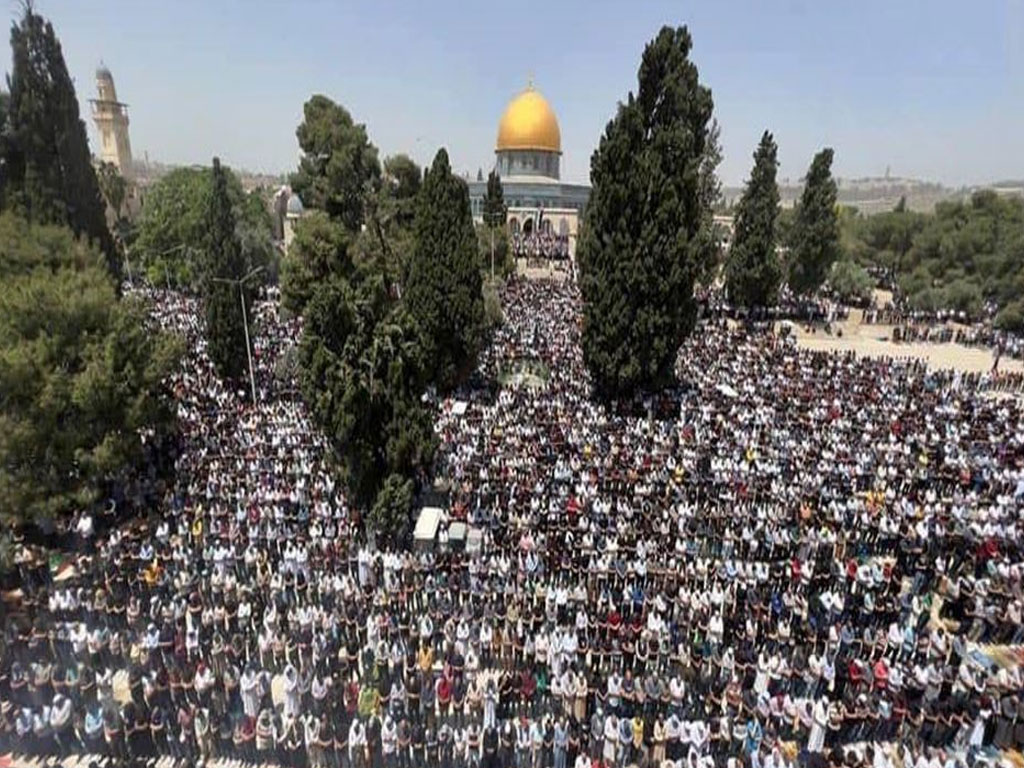 “We urge our people in Jerusalem, the West Bank and 1948 occupied Palestine to continue to march en masse to the Aqsa Mosque to stay and pray,” Hamas said in a statement on Thursday.

The Movement stressed that the intensive presence of Muslim worshipers in the holy city and at the Aqsa Mosque is important to defend them against the occupation state’s growing violations and its settlers’ provocative practices.

It applauded the Jerusalemite people’s role in protecting the Aqsa Mosque and foiling Israel’s attempts to control it.