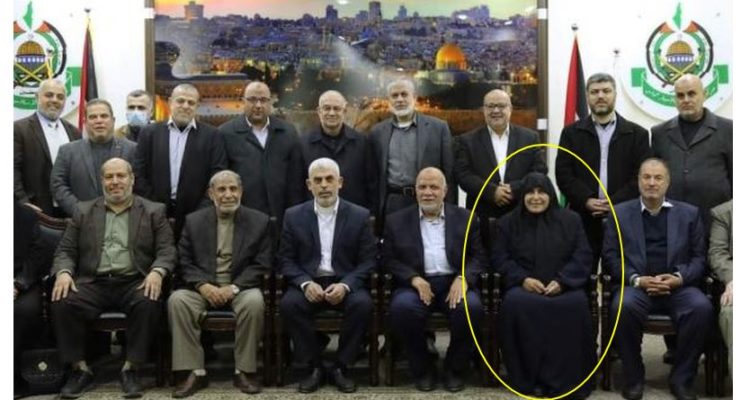 Gaza (PNIC) The Islamic resistance movement, Hamas has been conducting its internal elections for the past few months. The vote is conducted in Gaza, the West Bank, diaspora, and in Israeli occupation prisons.
Jamila al-Shanti has become the first woman elected to the high-ranking Hamas positions.
The political bureau in Hamas is the highest decision-making body.

Since the inception of Hamas in late 1987, they have focused on women’s activities, acknowledging the role of women in society. Hamas formed the women’s work committee in the late 1980s as a regulatory committee like any other in the movement, with its own budget and public activities.
Hamas’ interest in women’s affairs has been evident since the early stages of the movement’s formation when women occupied regulatory positions.
senior Hamas official Suheil AlHindi comments in Electing Dr. Jameela “This assures that Hamas movement respect Palestinian women, their struggle, heroism, and sacrifices,”

• The member of the political bureau of Hamas Jamila Al-Shanti to the Al-Aqsa channel:
• It is an invaluable addition to the Hamas political office to have the presence of women. This means that Palestinian women have an identity and power on the Palestinian scene, and effective participation has obtained them worthy of being in any position.
• “As a women’s movement, we haven’t been officially in the Hamas political bureau before, but we participated in the organization, and we have had extensive participation in decisions during the preceding period.”
• Hamas is moving towards the need for public elections and will remove all obstacles in their way.
• The Hamas Political Office will start working immediately to complete the electoral process and reach the public elections.
• Hamas will always serve the Palestinian civilians, who supported and embraced the resistance, so it must return the favor to them.
• The Palestinian woman gives strength and support to the Palestinian people, and she will be influential if asked in any position. The Palestinian women are an essential success factor among the success factors of the Palestinian cause.