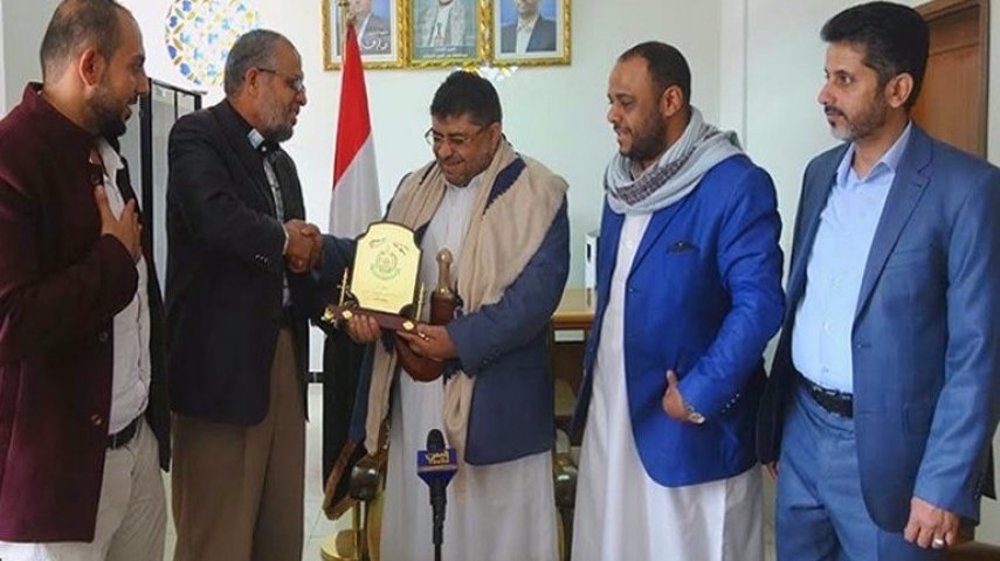 The representative of Hamas in Yemen has expressed gratitude to the Yemeni people and government for supporting the Palestinian cause, almost a month after a military confrontation broke out between resistance groups in the Gaza Strip and the Israeli regime which killed over 250 people in the besieged enclave.

“We feel brotherhood and comfort in Yemen, and this indicates the Yemeni people’s love for Palestine and al-Aqsa Mosque,” Moaz Abu Shamala said during a meeting with Mohammed Ali al-Houthi, a member of Yemen’s Supreme Political Council, in Sana’a.

Abu Shamala pointed out that all signs confirm the resistance as the right way to liberate occupied Palestine, Yemen Press Agency reported.

He also conveyed the Hamas leadership’s greetings to the Yemeni leadership.

For his part, al-Houthi reaffirmed the Yemeni people’s resolve to support the Palestinian cause in response to a call by Abdul-Malik al-Houthi, the leader of Yemen’s popular Ansarullah movement.

He underlined that protecting Palestine is the most important issue and the first step in defending the Palestinian nation and its dignity.

Al-Houthi also told the Hamas representative to convey his warmest regards to the head of the Hamas political bureau, Ismail Haniyeh.

At the end of the meeting, Abu Shamala gave the honorary award of Hamas to al-Houthi, in appreciation of his role in supporting the Palestinian people.

The meeting came days after the leader of the Ansarullah movement called on Muslim nations to join hands in order to remove the Israeli regime from the Palestinian territories of the occupied West Bank and East Jerusalem al-Quds.

In a televised address on Thursday, al-Houthi called for the total boycott of Israel and slammed some Arab states over the so-called normalization deals with the regime, saying, “Those who collaborate with the United States and Israel are committing crimes against the peoples of the region.”

Throughout last month’s war between Israel and the Gazans, the Yemeni people, who themselves are fighting off a six-year Saudi-led war against their country, expressed solidarity with Palestinians and condemned the Israeli regime’s relentless aggressive actions.

On May 17, Yemenis staged huge rallies in their country in support of Palestinians. They also celebrated the Palestinian people’s victory after the Israeli regime desperately accepted an Egyptian-brokered ceasefire on May 21.

During the war, Israeli airstrikes killed at least 260 Palestinians, including 66 children, and wounded nearly 2,000 others, with over 72,000 Palestinians displaced after the Israeli onslaught.

The confrontation began as a result of Israeli violence against Palestinian worshipers in al-Aqsa Mosque and the Sheikh Jarrah neighborhood, where Israeli forces stepped up moves to steal Palestinian people’s lands and displace them.

In spite of the ceasefire, the regime in Tel Aviv has continued its violent actions against Palestinians, prompting Hamas leader Yahya al-Sinwar to warn that if another war breaks out between Israel and Palestinian factions, it will change the face of West Asia.

A Hamas spokesman also warned about the possibility of “another round of confrontation” if the Israeli regime continues such violations.