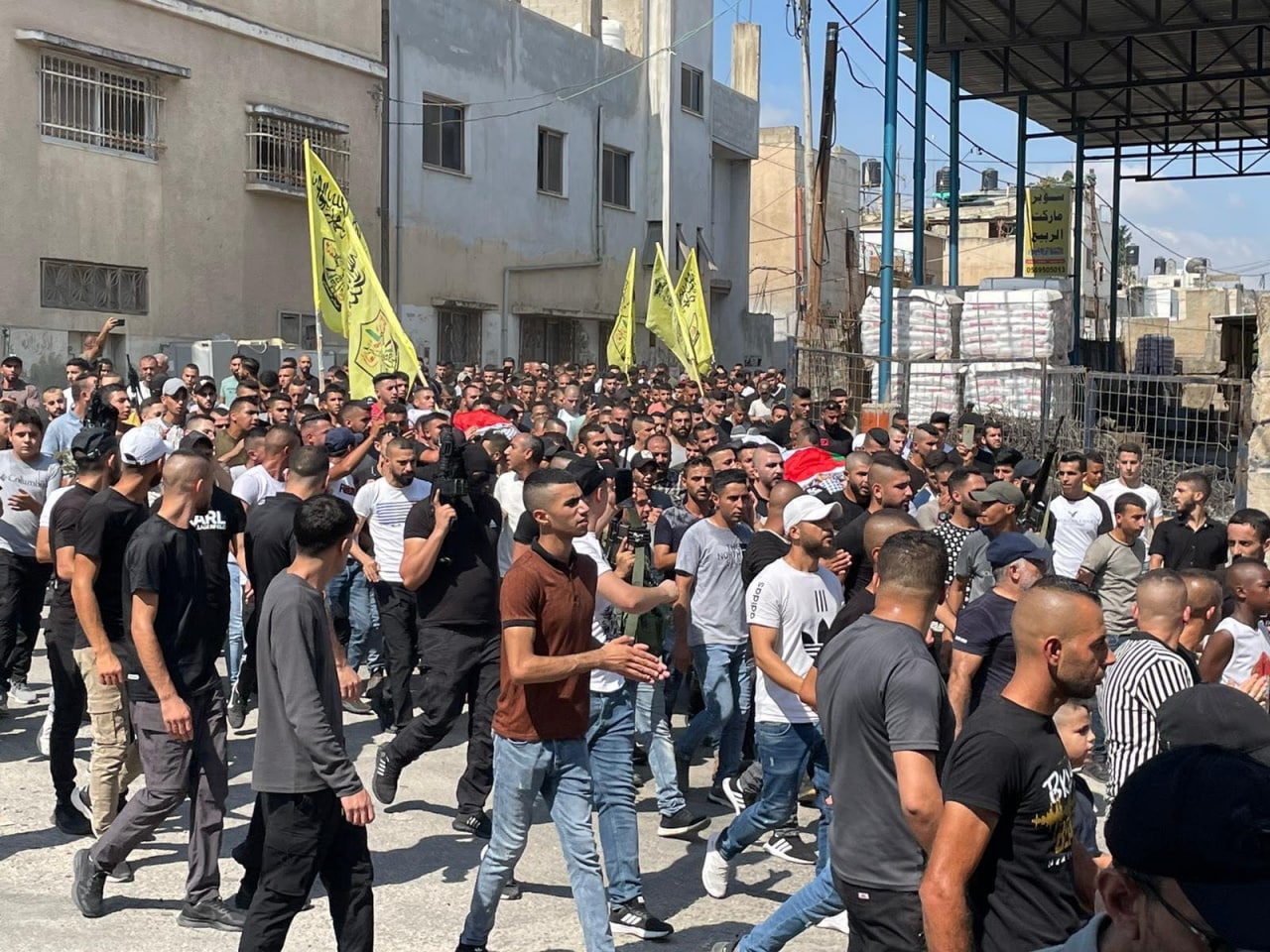 Jenin – Hundreds of Palestinians took part today in the funeral of two Palestinian youths killed by Israeli forces during a raid on Jenin in the occupied West Bank on Monday.

The Israeli occupation forces shot dead four Palestinian young men during a raid on Jenin at the dawn of Monday.

The four Palestinians killed by the forces were identified as: Raed Abu Saif, Saleh Omar, Nour Jarrar and Amjad Hussainiya.

The Participants, however, took part in the funeral of two of the four Palestinians as the Israeli occupation police took the two other bodies to their custody from the scene: Nour Jarrar and Amjad Hussainiya.