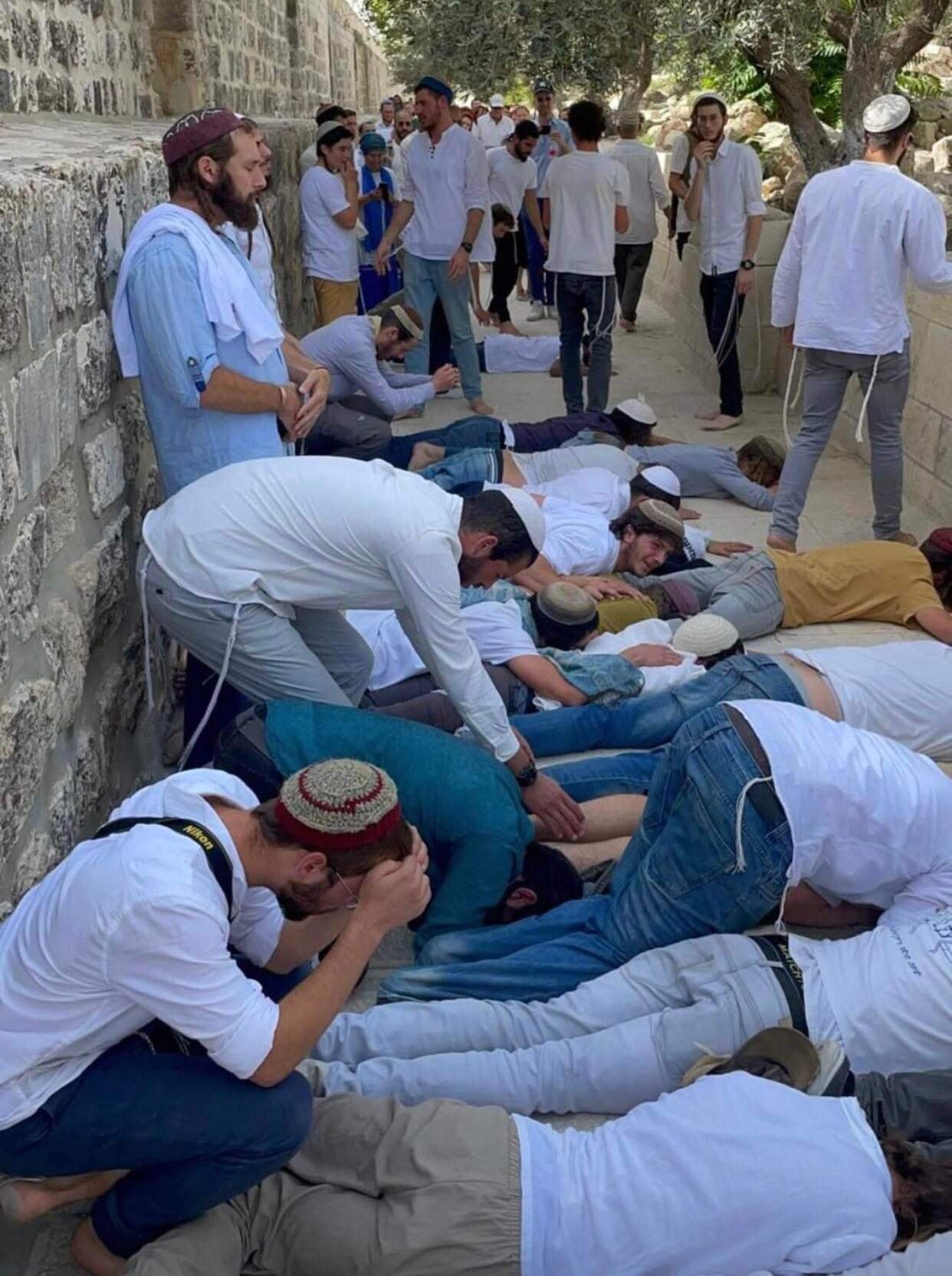 Occupied Palestine  – Heavily guarded extremist Israeli settlers on Sunday performed what they called the epic prostration inside the courtyards of the Al-Aqsa Mosque Compound.

During the epic prostration, Israeli settlers prostrated completely on the ground, which considered the greatest degree of yielding in biblical rituals.

Israeli settlers’ groups have been working for long years to perform the entire Talmudic ritual inside the blessed Al-Aqsa Mosque, under the protection of the occupation police.

Israeli occupation police quelled Palestinian worshipers from reaching Al-Aqsa Mosque, especially during the settlers raiding to the Islamic courtyard in order to impose new reality in the area.

Palestinian and Arabic institutions warned of performing the entire Talmudic ritual inside the blessed Al-Aqsa Mosque, including the epic prostration, noting that it is part of well-planned plan to construct the so-called “Temple”.

Al-Quds international institutions stated in a statement last September that performing epic prostration is a malicious and dangerous step to establish the so-called sacrificial worship, and to transform Al-Aqsa into a spiritual center for the Jews on the way to their quest to demolish the blessed mosque and establish the alleged temple on its ruins.

Israeli settlers, during today’s incursion, performed the anthem of the Israeli occupation state inside Al-Aqsa Mosque, which is a new dangerous step to desecrate the mosque, in light of the repression that the Palestinian worshipers were subjected to, and the Arab and Islamic failure, as the residents of occupied Jerusalem assert.

About 80 Israeli settler’s groups, believed in the Temple, exploit religious events in Judaism to organize mass incursions into Al-Aqsa Mosque.