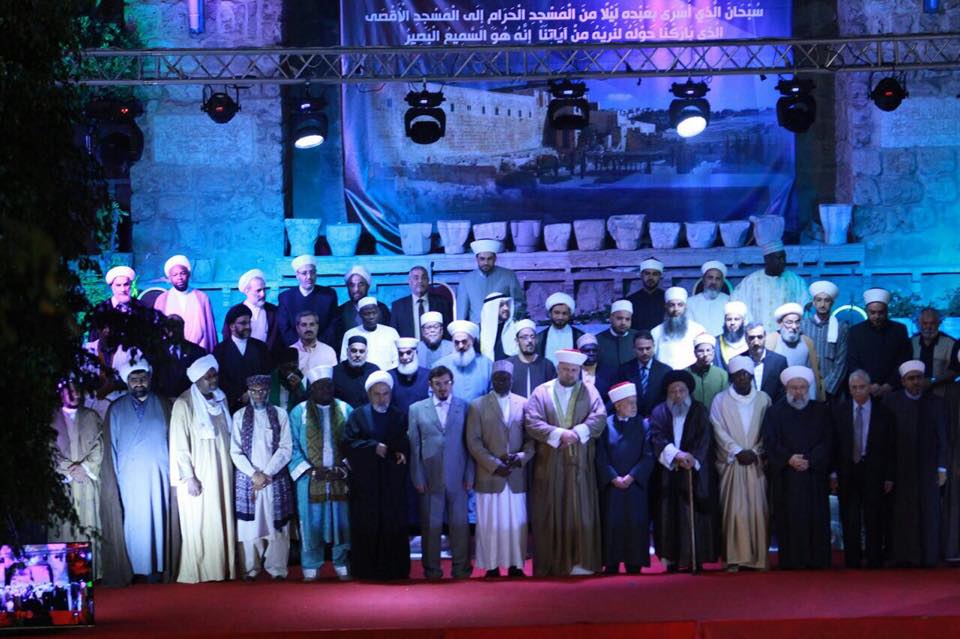 Beirut – 3-day International Palestine Solidarity Conference of Islamic Scholars (IPSC) held in capital of Islamic Resistance Beirut – Lebanon on the occasion of “Mairaj-un-Nabi SAWW” (May 16 to 18).

Scholars and politicians from all parts of the world, including Asia, Europe, Africa, Latin America, attended the international conference, organized by Global Campaign to Return to Palestine (GCRP).

Speaking to the IPSC participants Mufti of Al-Quds Muhammad Hussain, said that Palestinian issue must be In the top priorities among the Islamic Nations and International community.

He Said that Muslims leaders come forward to defuse sectarian issues which is created by Zionist regime of Israel and its patron United States.

Special advisor of Iranian Supreme leader Aytoallah Khamenei Mr Dr Ali Akber Welayati said in his speech that al-Aqsa Mosque is the first holy Qibla and third holiest place for all the muslim nations and now al-Aqsa is in danger and under threat. It is our responsibility to confront more powerfully and effectively against the Zionist Israel.

Dr Ali Akber Welayati said that we do strongly believe that Palestine is the homeland of Palestinians and it should be liberated from the occupations of Zionist regime of Israel.

It is the responsibility of all Islamic Nations to make a unified strategy to liberate Palestine and Al-Quds, Welayati Said.

Voices for Right of Return for Palestinians not only raise from Lebanon but from all countries. Palestinian people suffering from last 67 years so it is most important duty of Islamic Scholars to propagate realities of Palestinian issue among the Muslim Nations across the world. Dr Ali Akber Welayati added.

We are with Palestinian people, struggle and Islamic Resistance and will never abandon Palestine and it people alone in front of Zionist regime of Israel, Mr Welayati Said.

Grand Mufti of Lebanon Sheikh Maher Hamoud also point out threats to Palestinian cause in his speech and said that all surroundings of Palestine are under fire due to Israeli backed terrorists organizations those are destructing the real face of Islam and trying to disunite Muslims Nations. In this critical situation Palestinian issue must be in our top priorities and we believe that all the issues will be solve with the Palestinian issue.

Speaking to the conference Sheikh Yousof Abbas of GCRP said that Palestinian issue is a humanitarian issue so it is the main responsibility of all Islamic Scholars to create public opinion in own countries and make a big public support for Palestinian cause.

Former Prime Minister of Palestine and leader of Islamic Resistance Hamas Ismael Hanya, From Church of Quds Attaullah Hanna and a delegation of Islamic Jihad of Palestine also addressed to the participants in the last session of conference.

Participants of IPSC stressed on the Unity among the Muslims Nations and unanimously passed a resolution that Palestinian cause not only related with just Palestine but it is related with all nations of the world so it must be solve and raise as International Humanitarian Issue.