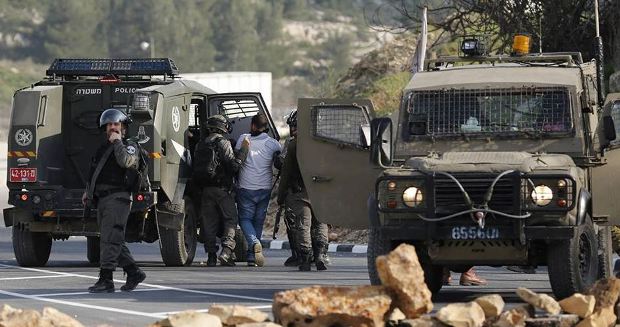 NABLUS (PNIC):-The Israeli Occupation Forces (IOF) arrested Tuesday evening a university student after breaking into his family home in Nablus, to the north of West Bank, earlier on Monday.

The university student and ex-prisoner Baraa Dugan, 23, turned himself in after IOF soldiers broke into his family home and arrested his brother Bahaa.

The IOF also threatened to arrest all the family members and to target their houses if Baraa did not hand himself in.

Baraa headed to Petah Tikva interrogation center Tuesday morning where he was detained.