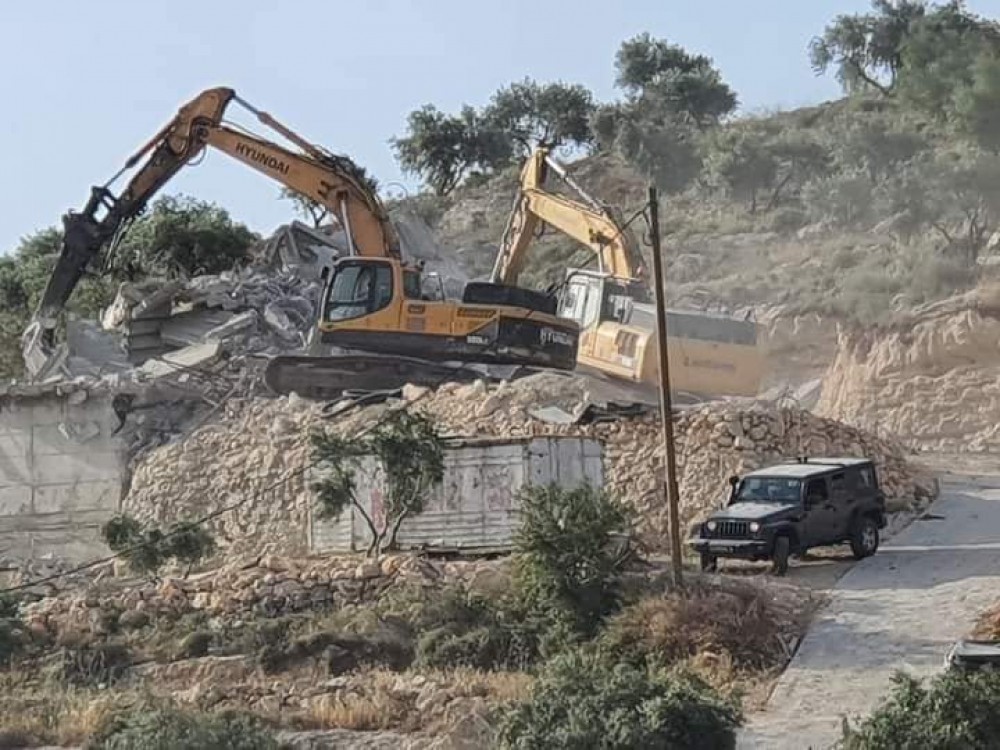 Head of the Beit Dajan village council Tawfiq al-Hajj Mohammed said that Israeli occupation forces, accompanied by a number of bulldozers, broke into the southeastern part of the village and destroyed two homes.

Owned by citizens Emad Abu Hilwan and Adel Abu Hilwan, the two-storey homes, were demolished under the pretext of being built in Area C of the occupied West Bank.

Meanwhile, the Israeli forces that broke into the village attacked Palestinian citizens, who took to the streets to protest the demolitions, with rubber-coated steel bullets and tear gas canisters, injuring dozens of them.

According to the Palestinian Red Crescent, three people were shot with rubber-coated metal bullets and over 32 suffered tear gas suffocation

The Israeli occupation authorities carry out demolition campaigns against Palestinian homes and agricultural structures under the pretext of being built in Area C of the occupied West Bank.