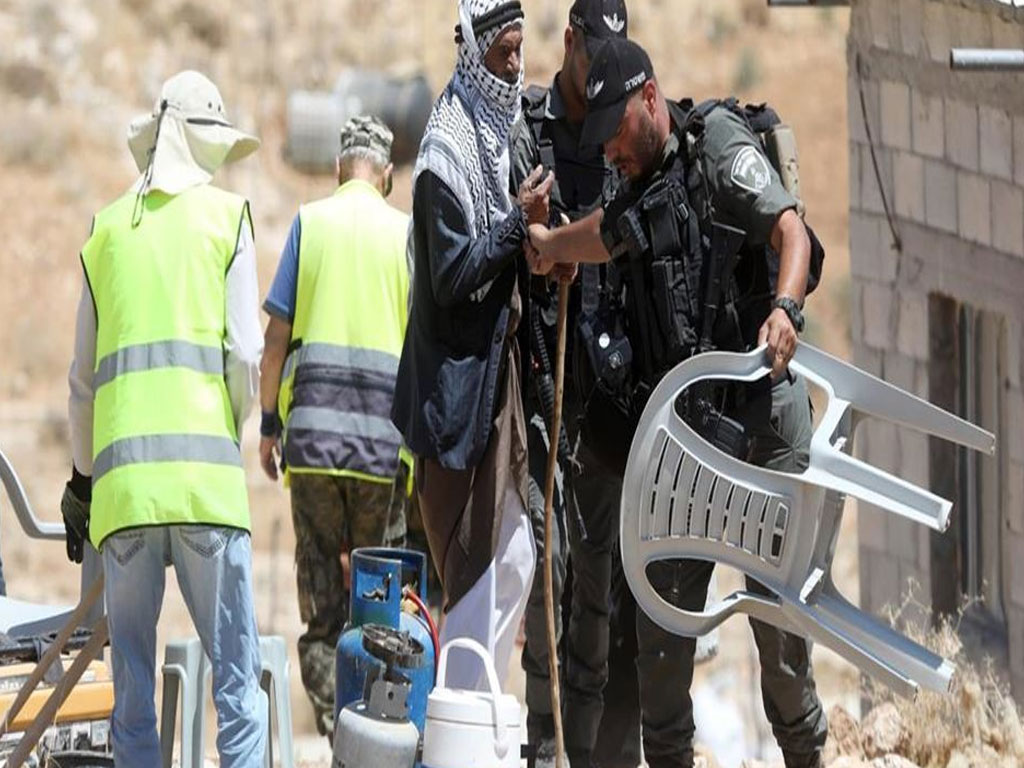 According to local sources, Israeli bulldozers escorted by soldiers stormed the hamlet and wreaked havoc on homes and cattle sheds belonging to different local residents.

A few months ago, the villagers received military stop-work orders against their structures in the hamlet at the pretext they were built with no Israeli permits.

The affected families living in the area depend mainly on livestock rearing and benefit from the presence of grazing land around them.

Two days ago, the Israeli army demolished unfinished homes in al-Duyuk area in the west of Jericho belonging to Palestinian citizens from Occupied Jerusalem.