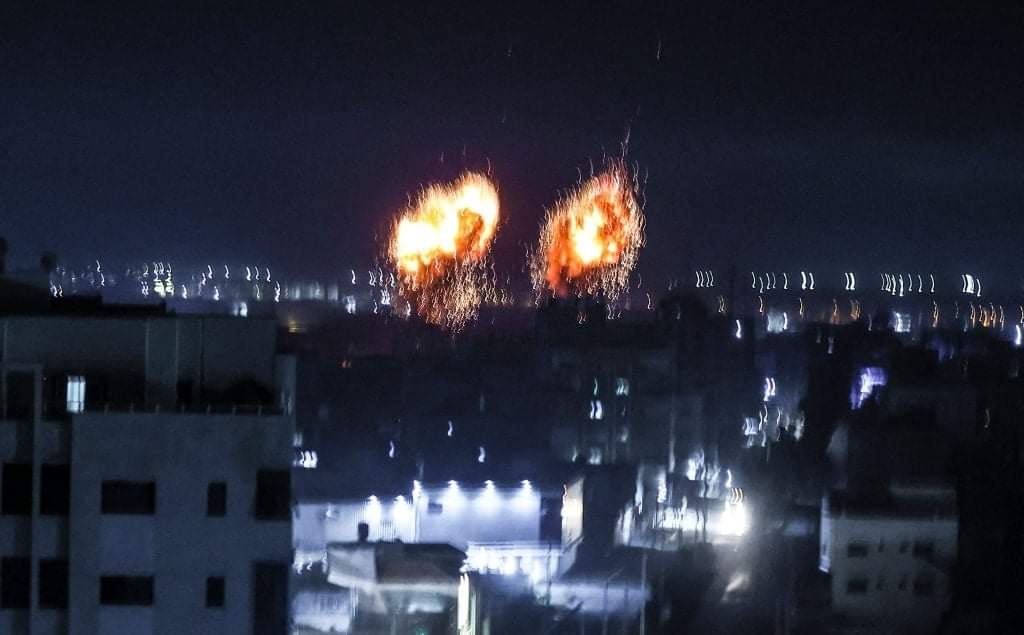 The Zionist ‘Israeli’ occupation regime has launched a fresh round of airstrikes on the besieged Gaza Strip, the first such attack since the end of the 11-day onslaught by the occupying entity on the coastal enclave last month.

Media reports said the bombing only caused material damage in the targeted areas and left no casualties.

Meanwhile, Palestine’s Shehab news agency said the site in Khan Yunis was a military compound in Ma’an area that belonged to the Palestinian resistance movement Hamas.

Tel Aviv claimed that the airstrikes were conducted after the launching of incendiary balloons by Palestinian resistance groups towards the illegal ‘Israeli’ settlements adjacent to the Gaza Strip.

Hamas spokesman Hazem Qassem said the Zionist bombing of the Gaza Strip was a “failed attempt” to stop Palestinian people’s solidarity with the occupied al-Quds, and to cover up the unprecedented state of confusion for the Zionist regime in organizing the so-called “Flags March.”

On Tuesday, Zionist forces attacked Palestinians protesting against the march by far-right ‘Israeli’ settlers commemorating the regime’s seizure and subsequent occupation of East al-Quds in 1967.

The Palestinian Red Crescent said 33 people were injured during the clashes.

Meanwhile, at least six Palestinians were arrested by the apartheid regime soldiers, while scores more were attacked and evicted from the Damascus Gate, the main entry to the Muslim Quarter of the Old City.

Hamas and Islamic Jihad resistance movements in the Gaza Strip had warned they would respond firmly to any provocative acts and the ‘Israeli’ so-called “Flags March.”

The airstrikes were the first major flare-up between the Zionist regime and Palestinian resistance groups since an Egyptian-brokered ceasefire on May 21 ended 11 days of heavy fighting that claimed the lives of hundreds of Palestinians.

Tel Aviv launched the bombing campaign against the besieged Gaza Strip on May 10, following Palestinian retaliation against violent raids on worshipers at al-Aqsa Mosque and the regime’s plans to force a number of Palestinian families out of their homes at the Sheikh Jarrah neighborhood of East al-Quds.

Apparently caught off guard by the unprecedented barrage of rockets from Gaza, ‘Israel’ announced a unilateral ceasefire on May 21, which Palestinian resistance movements accepted with Egyptian mediation.

According to Gaza’s Health Ministry, 260 Palestinians were martyred in the ‘Israeli’ offensive, including 66 children, 40 women and 16 elderlies while 1,948 others were wounded.

In response, Palestinian resistance factions fired more than 4,000 rockets and missiles into the occupied territories, killing at least 12 settlers.

Hamas leader Yahya al-Sinwar warned on June 5 that another flare-up between the Palestinian factions and the ‘Israeli’ regime will change the face of the Middle East region.