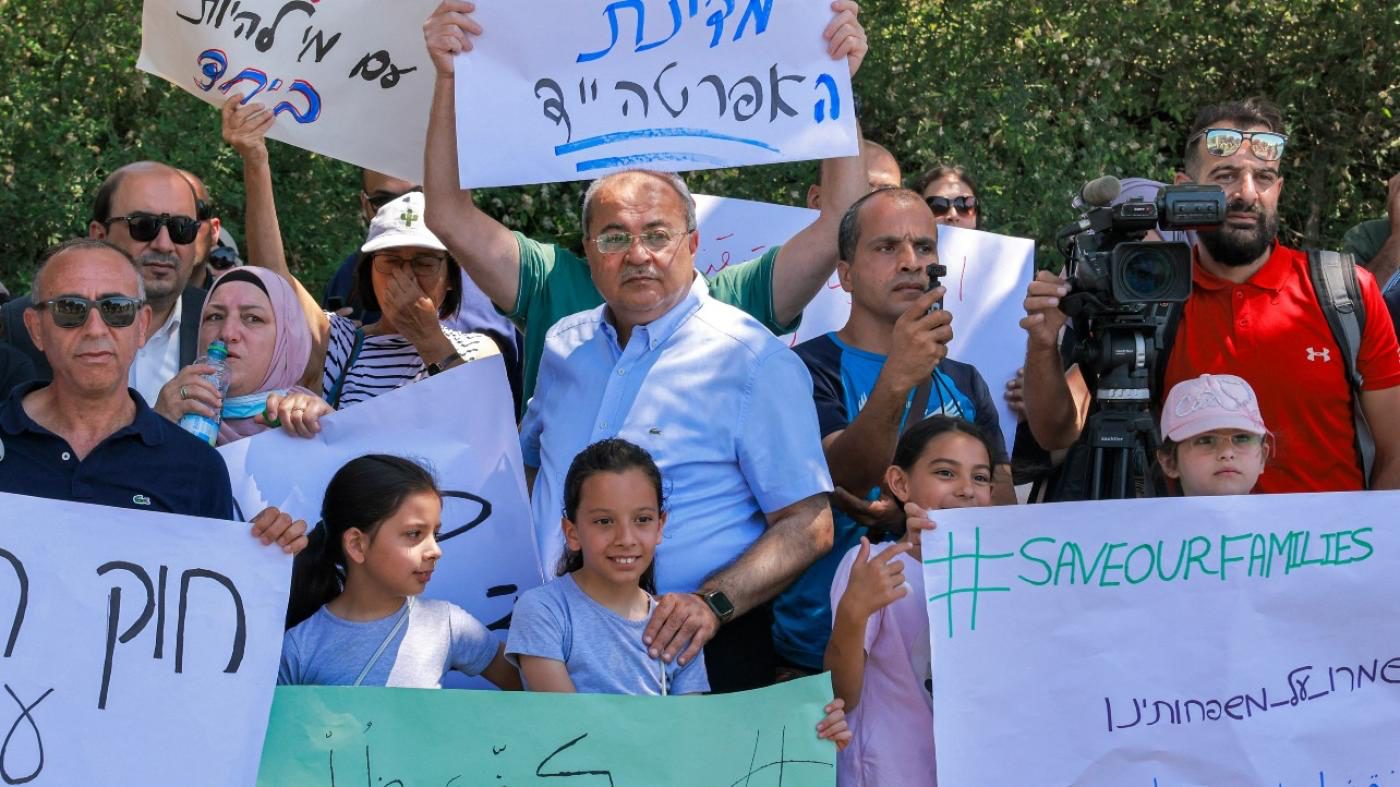 With the world’s attention focused on the war raging in Ukraine, the Israeli parliament last week passed a law that blocks hundreds of Palestinian families from reuniting and living together.

According to the legal rights group Adalah, which launched a court petition on behalf of several Palestinian families against the so-called Citizenship and Entry into Israel Law, it is among “the most racist and discriminatory laws in the world”. It aims to prevent Palestinian citizens of Israel from living in their own country with spouses from Gaza or the occupied West Bank, or any country defined as an “enemy state”.

The law has its roots in a 2003 temporary order that was renewed annually until a chaotic political constellation prevented its automatic approval in July 2021. Previous court petitions have upheld the order, emphasising its temporary nature.

The new law, which must also be renewed annually, is even more problematic than the prior version, rights groups say. After years of disguising the law’s real motive by hiding behind “security” considerations, the new wording mentions its demographic motives openly for the first time.

“The purpose of this law is to establish special regulations on citizenship and residence or other permits to be in Israel, for citizens or residents of hostile countries or the region, while taking account of the fact that Israel is a Jewish and democratic state, and in such a way as to ensure the safeguarding of interests vital to the state’s national security,” the law states.

Denying basic rights
The new law amalgamates the government’s version with three others proposed by Knesset members Simcha Rothman of the Religious Zionism party, Avi Dichter of Likud, and Zvi Hauser of New Hope. In the debate preceding its approval, none of its sponsors hid their demographic aims.

In other words, the state has no qualms about the denial of basic rights to some citizens based on their national-ethnic affiliation, in order to ensure a solid demographic advantage for the Jewish population within its territory – something it considers crucial to its national security.

Although policies of demographic engineering have not been foreign to Israel since its founding, this explicit recognition of the demographic motive puts Israel below the bar set by apartheid South Africa.

“Even the Supreme Court in South Africa in 1980 during Apartheid, in a precedent-setting judgment, struck down a similar law which prohibited the unification of Black families in areas where whites lived, arguing, among other things, that Apartheid was never intended to harm family life.”

Alarming possibilities
The right Israel arrogates to itself here, to legally distinguish between its own citizens with the aim of “optimising” a Jewish demographic advantage, opens the door to a series of potentially alarming new legislative directions.

If the Israeli legislature admits today that a violation of the most basic rights of its Palestinian citizens is legitimate in the name of Jewish demography, where will the red line be drawn? What would prevent the Knesset from legislating a limit on Palestinian births in Israel, or financially punishing families of Palestinian citizens for every child born after the third? However unrealistic such ideas might appear today, tomorrow they could be seen as crucial to Israel’s “national security”.

After the law’s adoption last week, Interior Minister Ayelet Shaked tweeted: “A Jewish and democratic state – 1; A state of all its citizens – 0”. Beyond the gleefully vicious and ugly tone, it is amazing that she included the term “democratic”. Why would she make a point of mentioning it that way? Why not say openly, as other right-wing ideologues in Israel do: “Democratic doesn’t interest me; what interests me is Jewish”?

This is gaslighting, pure and simple. It is designed to create an alternate reality in which night is day, war is peace, and aggressor is victim. This is the world we live in now – a very sad and cruel one indeed.