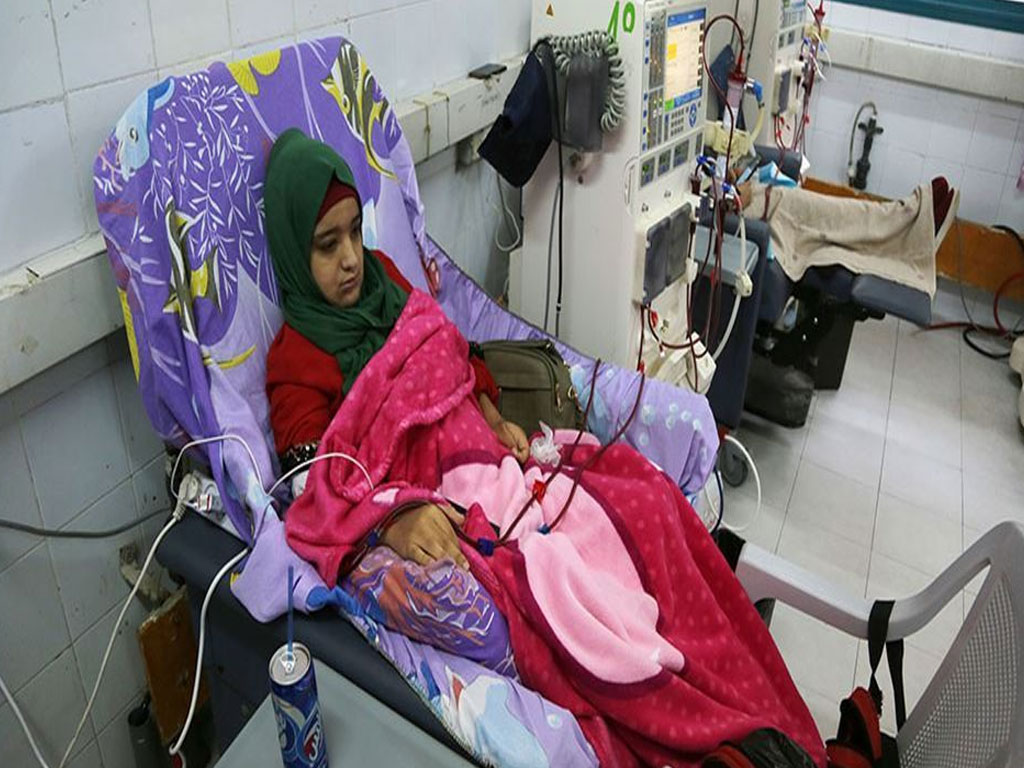 GAZA – The Palestinian health ministry in Gaza said on Wednesday that 1,922 Gazan patients are unable to reach specialized hospitals in the West Bank, Jerusalem and 1948 occupied Palestine in time due to Israel’s reluctance to give them entry permits.

This came in a news conference held in the morning at the Beit Hanoun (Erez) border crossing following a procession of ambulances that was organized under the slogan “Save Gaza patients.”

“The blockade has deprived about 50 percent of Gaza patients of their treatment rights that are enshrined in the international humanitarian law,” spokesman for the health ministry Ashraf al-Qidrah told the news conference.

Spokesman Qidrah stated that the cancer and heart patients in Gaza face a tragic fate because of their long wait for Israeli travel permits that could take several months before they receive them.

He added that since the beginning of the current year, a number of cancer and heart patients had died as a result of such Israeli procrastination policy.

The spokesman also highlighted the harsh human and health reality for the kidney failure patients in the besieged coastal enclave, who also face death due to severe drug shortages.

He pointed out that 371 patients had left Gaza for treatment without the presence of their caregivers with them since last April, while some of them lost their lives while being alone in hospitals, adding that an increasing number of patients who are referred to hospitals outside Gaza are exposed to harassment and interrogation by Israeli officers with no regard for their difficult health conditions.

Qidrah also said that Gaza suffers from severe shortages of essential medicines, medical consumables and other needs used by laboratories and blood banks.