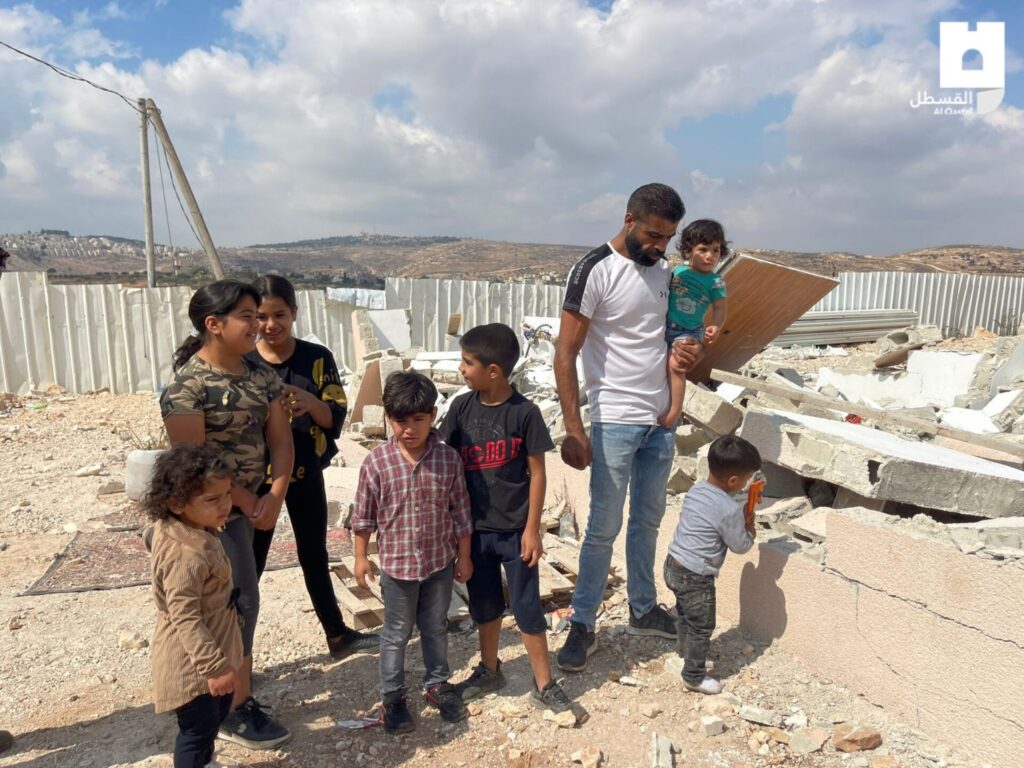 At the order of the Israeli occupation municipality, the family of Rajabi home demolished its home in Beit Hanina town earlier today.

The Rajabi family consists of 10 members, including the father, mother and 8 children and its home is about 50 meter only and the family moved to it only 3 months ago.

One of the Rajabi children said he and his eight siblings will set up a tent beside their demolished home and sit in it.

Another girl child from the family said that the Israeli occupation municipality came to demolish their home while she and her siblings were studying. She said they told the Israeli municipality that there is no place to sleep in it, but they insisted on carrying out the demolition.

At the same time, the municipality and the occupation government built tens of thousands of housing units in illegal settlements in occupied East Jerusalem for Jews with a goal to offset the demographic balance in favour of the Israeli settlers in the occupied city.

Hundreds of Palestinian families are being threatened with forced displacement and house demolitions from their homes by illegal settler groups, fully supported by the Israeli government.

The Israeli court had previously rejected many appeals filed by the residents of Jerusalem, and allowed settler organizations to continue its procedures relevant to the immediate expelling of the Palestinian families.