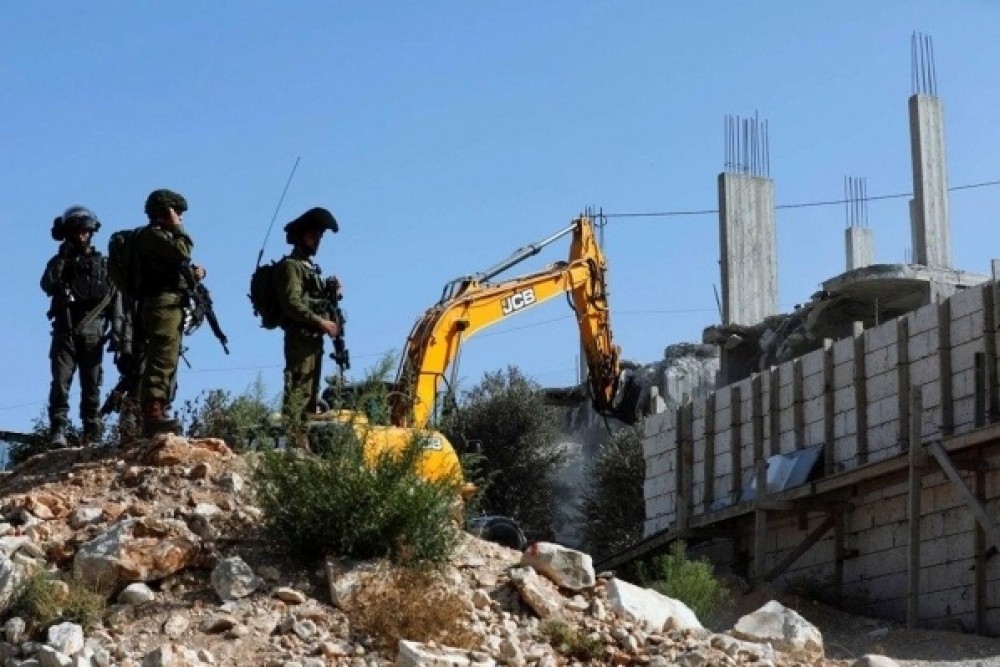 Occupied Palestine  – The Israeli occupation authorities on Tuesday demolished Tagammu Al-Ramadin Mosque locating behind the separation wall, south of the city of Qalqilya in the occupied West Bank.

Local sources said that the demolition order issued by the so-called Israeli Civil Administration under the pretext of being unlicensed building.

The sources added that the demolition happened under the pressure of Israeli settlers, who objected to the construction claiming that it is close to the Alfin Menashe settlement, knowing that it is more than 4 km away from it.

It’s noteworthy to mention that the mosque was built on an area of 400 meters and consists of two floors, and the last roof was completed.

It serves hundreds of nursery owners who work behind the separation wall and more than 350 members of the southern Ramadin community, who live on an area of more than 100 acres.