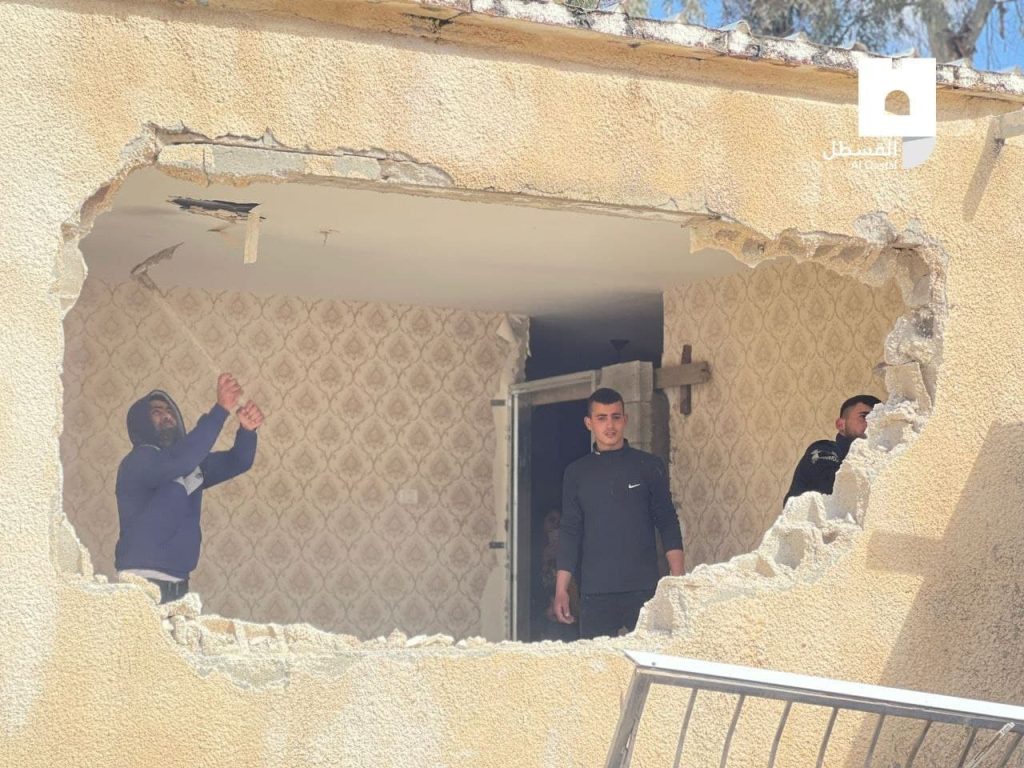 The Jerusalemite said that about 20 days ago, the occupation forces raided his house and delivered him a demolition order; to demolish his house within 21 days, under the pretext of building without a permit.

He added that he was forced to carry out the demolition by himself to avoid paying an exorbitant fine for the demolition costs to the Israeli municipality.

Ramzi was living in the house with his wife and his five children. He said that his house was built in 2005 and they now have no place to live in.

At the same time, the Israeli occupation municipality and the occupation government built tens of thousands of housing units in illegal settlements in occupied Jerusalem for Jews with a goal to offset the demographic balance in favour of the Israeli settlers in the occupied city.

‘Israel’ has been moving settlers into the occupied Jerusalem neighbourhoods since the 1980s. This has resulted in numerous human rights violations, including the forced displacement of Palestinian residents and house demolitions.

Hundreds of Palestinian families are being threatened with forced displacement and house demolitions by illegal settler groups, fully supported by the Israeli occupation government.