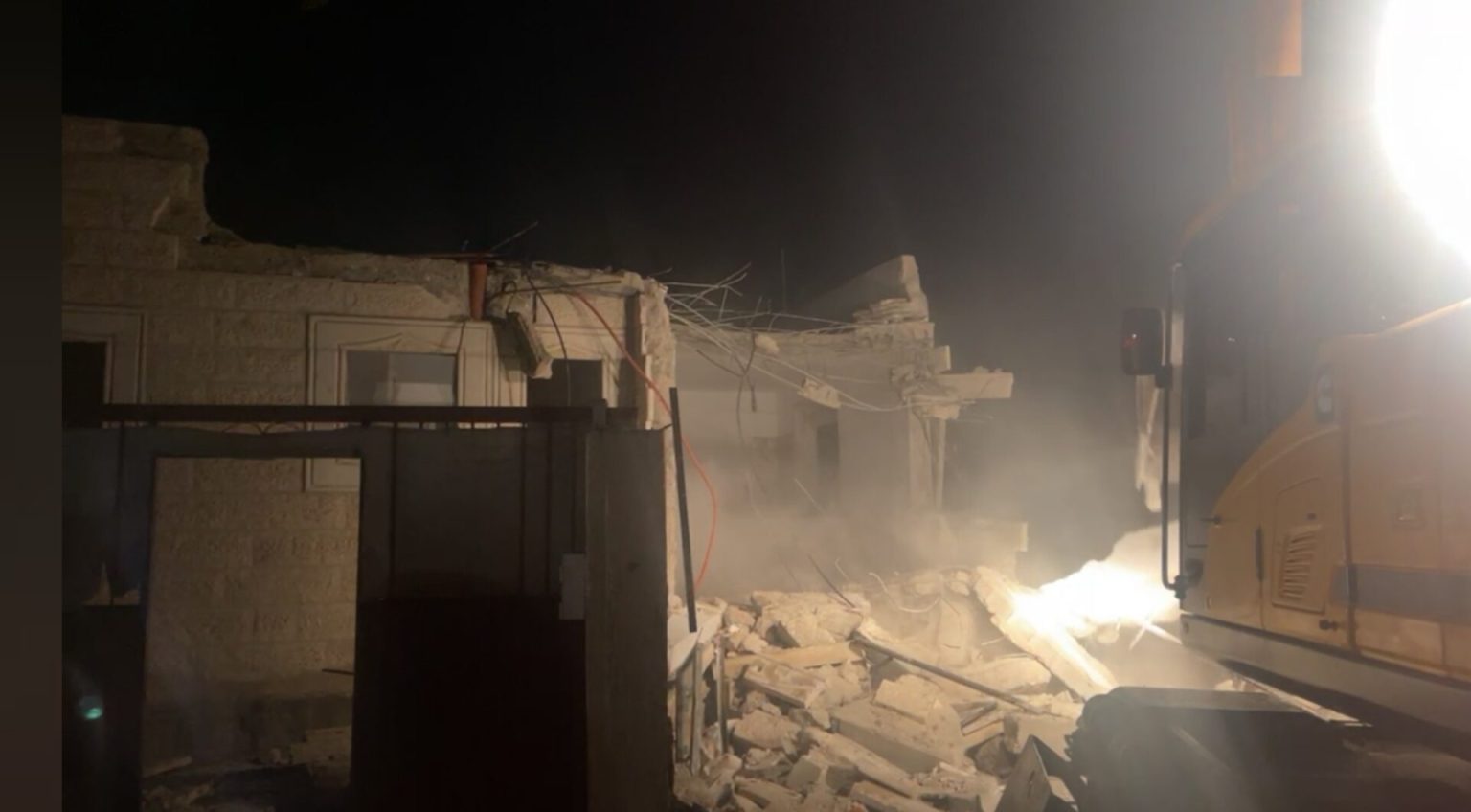 Watch | Members of the Nassar family in the occupied Jerusalem neighborhood of Silwan embarked last night on demolishing its own home after they were pressured to do so by the Israeli municipality.#SaveSilwan pic.twitter.com/BmHMhC2910

The municipality ordered the family to self-demolish their home within two days, otherwise it will carry out the demolition with a fine of 200,00 shekels.

The family has been living in its home since 2013, and their building consisted of 3 apartments and three families were living there.

“Since we built the house in 2013, the Israeli municipality has been persecuting us and continuously fining us,” Mohammed Nassar Al Husseini, the owner of the home, said.

The family yesterday evening were seen emptying the contents of their homes in preparation for the demolition.

Aziza Nassar Al Husseini, an old Palestinian woman from the family said, “I will take medicines and clothes, there is no other place to put in the furniture of the house.”

This lovely little girl spent the whole night sleeping in her father's car last night, after the Israeli occupation authorities ordered the demolition of her family's home in Silwan, occupied Jerusalem.#SaveSilwan #StopEthnicCleansingOfPalestine pic.twitter.com/R71ndVZXjr

At the same time, the municipality and the occupation government built tens of thousands of housing units in illegal settlements in occupied East Jerusalem for Jews with a goal to offset the demographic balance in favour of the Israeli settlers in the occupied city.

‘Israel’ has been moving its citizens into the neighbourhood since the 1980s. This has resulted in numerous human rights violations, including the forced eviction and displacement of Palestinian residents.

Hundreds of Palestinian families are being threatened with evictions and house demolitions from their homes by illegal settler groups, fully supported by the Israeli government.

The Israeli court had previously rejected many appeals filed by the residents of Jerusalem, and allowed “Ateret Cohanim” to continue its procedures relevant to the immediate expelling of the Palestinian families.

Ateret Cohanim, a settler organization, has been seeking, with the support of Israeli occupation authorities, to forcibly evict some Palestinian families in Silwan, claiming the land is rightfully owned by a Jewish trust active in the area more than 100 years ago.