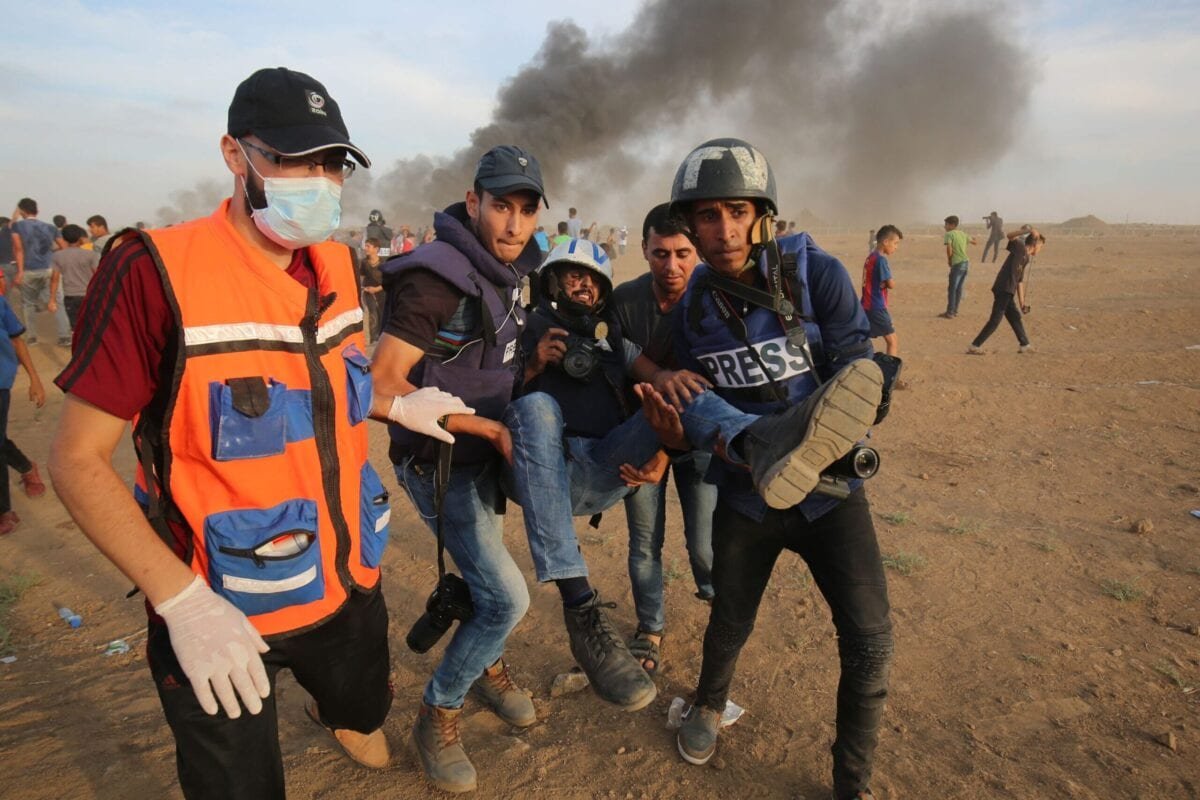 Occupied Palestine – On May 11, Israeli occupation forces shot and killed Al Jazeera’s veteran reporter Shereen Abu Aqleh while she was covering an Israeli military raid into the Jenin refugee camp in the occupied West Bank.

The 51-year-old Palestinian-American TV correspondent for Al Jazeera Arabic was wearing a protective vest marked with “PRESS” and standing with other journalists when she was shot dead by an Israeli sniper.

Abu Aqleh’s death is the latest in a long line of journalists killed by the Israeli occupation, which has a long history of targeting reporters and other members of the media.

At least 17 journalists were killed in 2014, according to the Palestinian Ministry of Information, making that year the deadliest for journalists in Palestine when ‘Israel’ waged its deadliest assault on Gaza from July 8 to August 26, 2014. The assault killed at least 2,100 people and injured more than 11,000 others in Gaza.

From the start of the Second Intifada in 2000 to 2012, at least 25 other journalists were killed by Israeli forces.

The following is a short summary of journalists who have been killed covering the Israeli occupation violations against Palestinians and year of death: