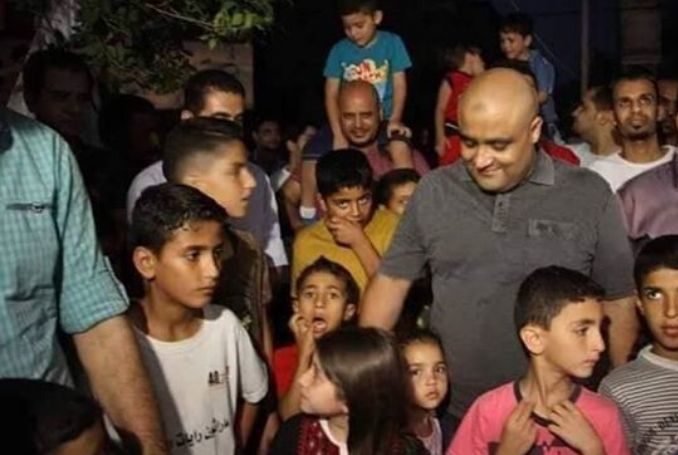 The Israeli state continues to detain, contrary to international law, former World Vision Canada (WVC) aid worker, Mohammad al-Halabi. He’s been in prison now for over five years, without any formal charges, and last week had yet another hearing (there have been upwards of 160) in an Israeli court. They decided, against his 23rd request, to keep him in prison.

Al-Halabi is the exact oppositive of a terrorist supporter, which the Israeli state is falsely trying to paint him as. As echoed by World Vision itself, al-Halabi is an exemplary humanitarian, who while working for World Vision commit himself to offset the pain and suffering of Gazans, caused by the state.

Workers like him help ensure Palestinians have enough to drink, eat, electricity to run their modest household, can relatively safely attend school. They are dedicated to protecting or enhancing life to at least a basic degree of dignity where there would otherwise be dead.

Murder is perhaps the better word. Deprivation of life resources, such as by blockade of the territory, is a deliberate measure of the state. They want innocent Palestinians to die while the rest of the world remains blind to that or—if they see—say nothing about it. If they do they are threatened with the label “antisemitic.”

The state has failed to provide any compelling evidence—whatsoever—that implicates al-Halabi as financially aiding the terroristic activities. This is what the state is trying to convince the world he has done, even though the money that they are accusing him of funneling surpasses what would have ever been available to him, let alone WVC.

It is not surprising that the state continues to lie about pro-Palestinians. The question however remains why they are doing so in al-Halabi’s case and to what end.

Recalling Franz Kafka’s dark novel The Trial, al-Halabi’s “guilt” has already been determined by the Israeli courts. Its protagonist Josef K., who like al-Halabi is denied any presumption of innocence, observes:

“[Court officials] manage to produce a great burden of guilt from somewhere or other, where originally there was nothing at all…. And when the court does bring charges it is firmly convinced of the guilt of the accused and can only be persuaded to change its mind with difficulty.”

This is what’s happening, in that uncanny way that life sometimes imitates are (and vice versa), in al-Halabi’s case. The Israeli judicial system, instead of guaranteeing him a trial where he is presumed innocent to prove otherwise, is already punishing him. Since his arrest, he has experienced a host of state-sanctioned injustices that no democracy would ever allow: denied legal counsel, torture, forcibly pressured by the prosecution (to which al-Halabi did not submit) to plead guilty, prevented from having UN and other international bodies ensure the fairness of his trial.

Foregoing any due process whatsoever this is vengeance, exacted on an innocent person. He is a “threat” to the state because he is a humanitarian.

What’s happening to al-Halabi cannot be fully grasped or understood in isolation. It must be seen as part of a larger campaign by the state to make “examples” of those brave and courageous enough to help the Palestinian people—in accordance with international law and respect for human rights. Those who do, even if that means mitigating the effects of senseless state violence (a humanitarian rather than express political act), will ultimately have to pay.

For al-Halabi the cost has been his freedom.

The state does not want Palestinians as part of its future. Because they cannot come right out and say that, as that would only further stoke the indignation of the international community towards it, the state has to provide a “justification” for incarcerating those like al-Halabi, fighting to keep Palestinians alive: a relatable lie or idea, as it were, people can live with accepting.

And that is to routinely midframe those who are good, allies in the Palestinian struggle for justice, as dangerous. There is a sort of inversion going on here. The state sets itself up as the party at risk of being harmed, which in reality is the Palestinian people, while the party protecting itself from such risk—even when that is by humanitarian means—is framed and also treated like a perpetrator.

The Israeli state and judicial system act in concert. There is no division between them in practice. They are both committed to the elimination of the Palestinian people. And for governments of the world to maintain diplomatic relations with the state, as if this were not the case, is to be complicit. No morally sound relationship can occur with power so intent on destroying life.

It however is a force that must be fought. Not race, not religion but the animating force of the state, denying the basic rights of al-Halabi and countless other Palestinians, has no place in the world.