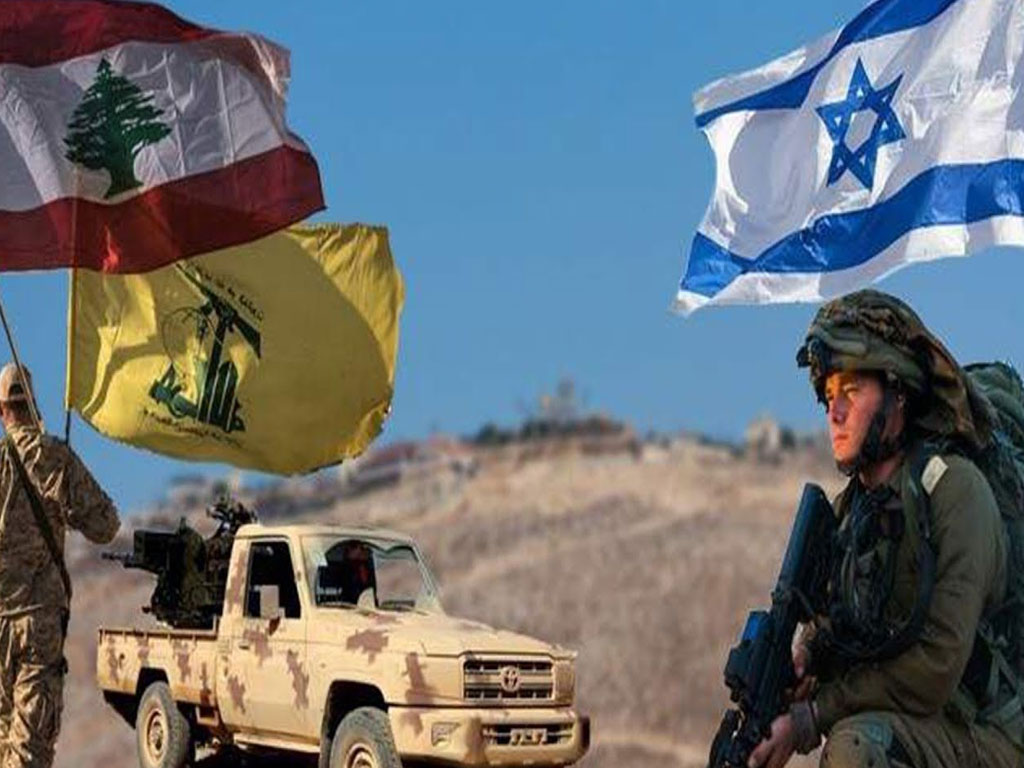 The issue of extracting gas from the sea between Lebanon and the occupying Zionist state of Israel has been going on for a long time. The Zionist regime of Israel has established occupation rule in the maritime borders of Lebanon in the same way as it did by establishing an illegal Zionist state on Palestine in 1948 and later in wars and aggression in the areas of Egypt, Jordan, Lebanon and Syria.

Lebanon is a country that started the struggle against the Zionist occupation in 1978 and in the year 2000, for the first time, the nose of the Zionist fake regime of Israel on the land of Lebanon was rubbed on the ground and Israel escaped from Lebanon in defeat.

In this way, it was truly liberated on May 25, 2000, and even today the Lebanese people commemorate the victory of Lebanon over the defeat of Israel by celebrating independence on this date of May.

The sea border between Lebanon and Occupied Palestine covers an area of 860 square kilometers and includes Block No. 9, where there are gas reserves, and these gas reserves are constantly being stolen by the Zionist government and Israel is taking advantage of it. However, in the light of international laws, it has become clear that these maritime borders and gas reserves belong to Lebanon, and Lebanon and the Lebanese people should benefit from them, but Zionist regime of Israel continuing occupation and occupying gas reserves.

Lebanon’s political and resistance force, Hezballah, has highlighted the issue of Lebanon at the international level and told the international community that only the Lebanese people have the right to the gas and other reserves in the sea, and on this issue, the people of Lebanon, The government and the resistance will not remain silent. Hezbollah leader Seyyed Hassan Nasrallah also warned Israel to refrain from interfering in Lebanon’s maritime boundaries and stealing gas reserves, otherwise Israel should be prepared for serious consequences.

In recent days, the debate between Lebanon and Israel on the issue of the maritime boundary has taken a new turn when the Western countries have started negotiations with Iran on JCPOA and the United States has rejoined the agreement on Iran’s terms.

Experts on some media and especially political experts in Israel have started to say that after the success of this agreement, the resistance and political party Hezbollah in Lebanon will be stopped from the issue of Lebanon’s maritime borders.

After fabricated news and rumors, the head of Hezbollah, Seyyed Hassan Nasrallah, expressed the hopes and wishes of the Lebanese people in very clear and blunt words in recent days and told the international community and self-styled analysts that Western countries along with Iran Whether the JCPOA agreement is successful or not will not have any effect on the issue of Lebanon’s maritime borders.

The position of Lebanon and Hezbollah is the same as before, that Israel’s occupation of the maritime borders should be ended and Lebanon and the Lebanese people have the right on gas reserves. He has addressed Israel and said that no matter what agreements are made, Israel will be punished for its sins and Israel will not be spared in any case.

Addressing the international community, Hezbollah’s leader said that if Lebanon’s demands regarding the maritime demarcation between Lebanon and Israel are not met, the situation will escalate regardless of whether the Iran nuclear deal is signed or not. The coming days will be very important regarding oil and gas reserves in Lebanon.

A Lebanese newspaper, Daily Al-Akhbar, wrote that Israeli officials have traveled to the United States, where they will discuss the issue of Lebanon’s naval demarcation under the mediation of the United States, and it is hoped that an agreement will be reached soon. On the other hand, the leader of Hezbollah, Sayyed Hassan Nasrallah, has addressed the American administration and said that it is up to the American mediator to take a decision without wasting time. Hassan Nasrallah warned the Zionist regime of Israel to immediately stop the theft of gas from Lebanon’s maritime borders. If the right is not given, then the enemy will not be allowed to get this gas in any way.

In summary, the usurper Zionist state of Israel is not only occupying Palestine and consuming its natural resources, but it has also established illegal control over the Golan region in Syria and is eyeing the oil wealth from Syria, as well as Lebanon. Stealing the natural oil and gas reserves in the maritime boundaries of Israel and using them for Israel is part of the heinous crimes of the usurping Zionist state of Israel.