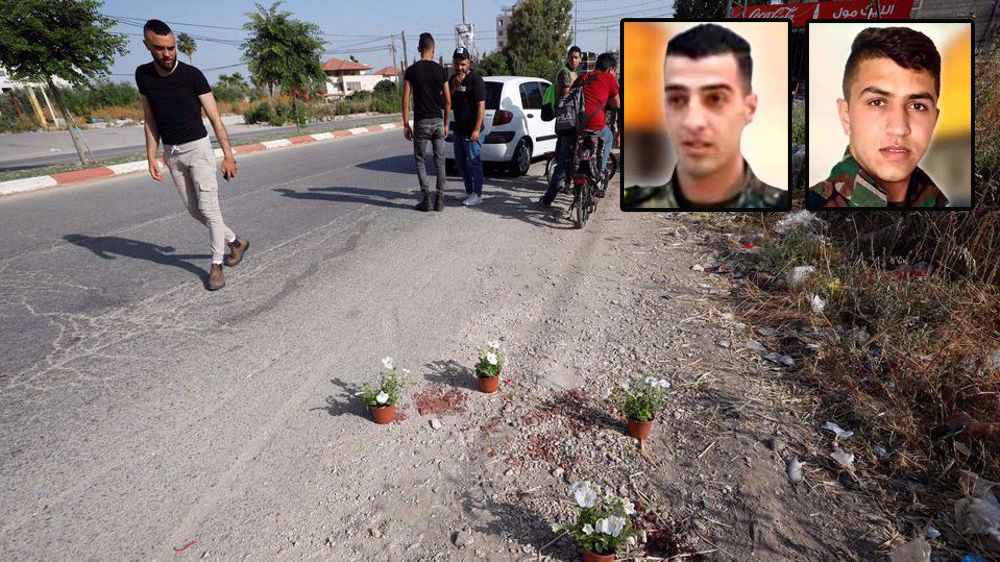 The Palestinian Ministry of Health announced that Adham Yasser Eleiwi, 23, and Tayseer Ayasa, 32, both members of the Palestinian Military Intelligence Service, were killed by Israeli army gunfire in Jenin early on Thursday.

He was a member of al-Quds Brigades, the armed wing of the Palestinian Islamic Jihad resistance movement, the report added.

Some reports said the confrontation erupted after Israeli forces, who were operating out of a civilian vehicle, sought to kidnap several Palestinians outside the headquarters of the Palestinian Military Intelligence Unit in Jenin’s Nazareth Street.

The Palestinian officers on guard duty outside the compound noticed the operation and chose to engage.

A senior Palestinian security commander told the al-Quds news site that the Israeli forces had not warned his soldiers of their Jenin raid in advance.

The circumstances surrounding the kidnappings are yet unknown, but the occupation forces carry out such swoops on a nearly daily basis, taking away Palestinians, whom the regime usually accuses of acting against its interests.

Jenin residents reportedly held a protest to denounce the killing of the three Palestinians.

According to the Doha-based Al Jazeera TV channel, an Israeli officer was killed during the Jenin clashes.