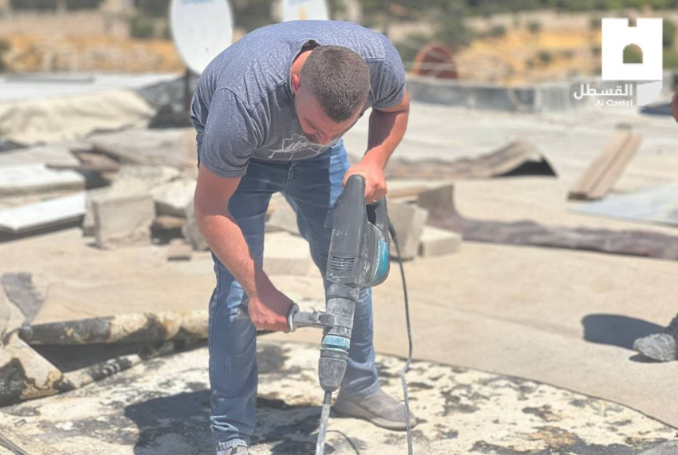 Israeli occupation authorities on Sunday forced a Palestinian to demolish his own house in the Wadi al-Joz neighborhood in occupied East Jerusalem, under the pretext of being built without a permit, the official Palestinian news agency WAFA reported.

WAFA correspondent said that Fareed Jaber was forced to tear down his 80-square-meter house in the Wadi al-Joz neighborhood in occupied East Jerusalem, where he lives with his disabled wife.

Palestinians in occupied Jerusalem say they are forced to build without permits because the Israeli municipality rarely issues permits to the city’s original Palestinian citizens, as a way to reduce their number by forcing them to leave it and find accommodation and work elsewhere.