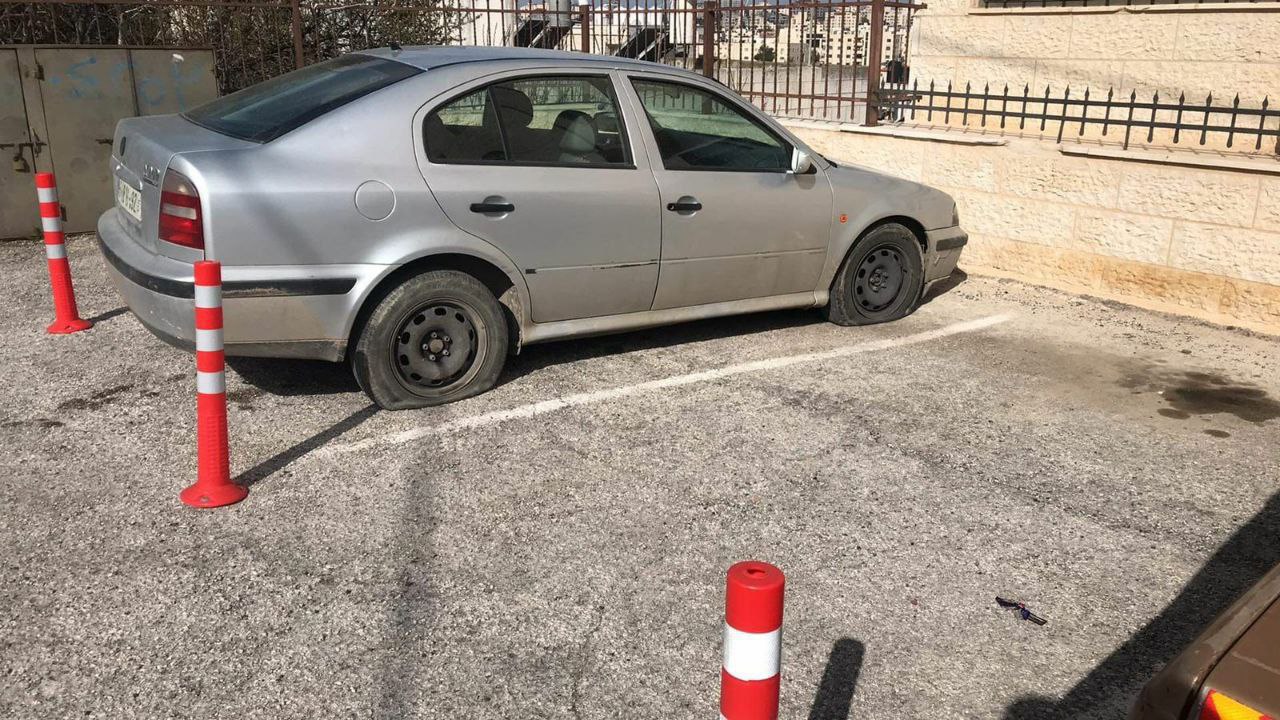 They slashed the tyres of more than 20 Palestinian-owned vehicles before fleeing the scene.

The sources noted that the Israeli settlers came from the illegal settlement of “Psagot”, built on vast swathes of Palestinian land in the Jabal Tawil area.

There has been a sharp spike in settler violence against Palestinians and their properties in the OPT.

There are nearly 700,000 Israeli settlers living in 256 illegal settlements across the occupied West Bank and Jerusalem.