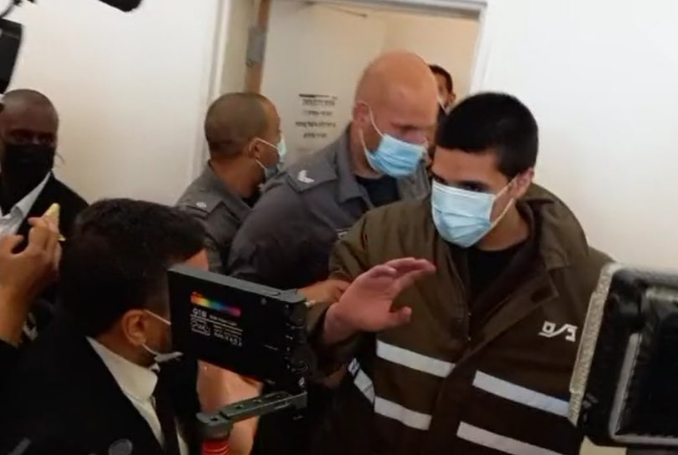 Palestinian prisoner Ahmed Manasra is scheduled to appear before the Israeli court on Tuesday to decide upon granting him an early release based on his psychological health condition, The New Arab reported.

Manasra was arrested in 2015 at the age of 13 after being wounded by Israeli police and was sentenced to 9 years. Israel accused him of assisting his cousin, who was killed on the scene, in an attempt to stab an Israeli.

“We have made the case for Ahmad’s early release because he urgently needs psychological assistance that can not be provided in detention,” Khaled Zabarqah, Manasra’s lawyer, told The New Arab.

“Israeli authorities recognise his condition given the fact that he is currently held in the Ramleh Prison Clinic’s psychiatric section,” pointed out Zabarqah, who described Manasra as “ill and in urgent need of help”.

“However, he needs more than just medicine, which is what he is being given. He needs the supporting social environment of his family, who also has the right to decide what type of treatment he receives,” Zabarqah added.

In April, Manasra appeared before the Israeli court, which decided to transfer his case to a special committee to determine whether to drop the “terrorist” designation in his charges, based on his age at the time of the events and the fact that he was never charged with stabbing himself.

Earlier in June, the committee ruled in favour of maintaining the “terrorism” charges on Manasra. Today, the Israeli court is expected to rule on whether to grant Manasah early release, based on his psychological health condition and on the fact that he has already served more than two-thirds of his sentence.

In April, the Palestinian Mental Health Network and other rights organizations and activists launched a campaign to gather support for Ahmed Manasra’s case.

Some 4,700 Palestinians are held in Israeli jails, including 170 children. Israeli authorities arrest and judge around 500 Palestinian children in military courts every year, according to human rights groups.